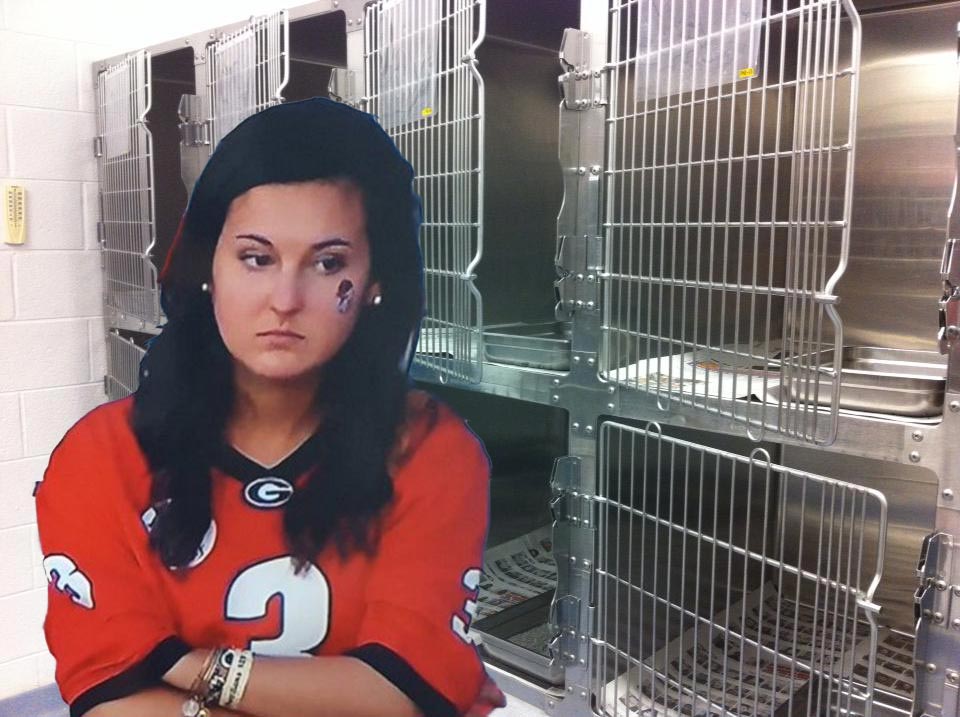 A recent wave of helpless Bulldogs in the state has prompted the University of Florida to open up a new shelter just for them.

Following a traumatic event for the little creatures on Saturday, many Bulldogs were found wandering the streets of Jakcosnville, clearly lost and without direction. Such a sight isn’t unusual around this time of year, but the numbers are higher than ever before.

“I found this little fella outside the stadium. He was just yapping away, but no one else was really paying attention to him.”

Said John Jeffries, a senior at UF, as he led a stray by a makeshift leash into a shelter.

“It was pretty easy to catch him though. Bulldogs aren’t the smartest pooch in the pound, you know.”

Traditionally, these Bulldogs were sent to pounds all over the state of Georgia, but due to rising transportation costs, it is cheaper to just keep them here for the time being.

Resident strays are treated very well by the new veterinary staff, receiving inflatable footballs to play with and getting to spend at least an hour a day with a trainer.

“Really, everyone thinks Bulldogs are way scarier than they actually are,”

“But once they get out on the field and play a few downs you realize that they’re easy to handle.”

Some UF students have reported feeling “a little bad” for taking so many Bulldogs to the shelter, and have suggested that maybe officials should try to stop the annual migration to Florida for their own good. However, shelter sponsor Coach McElwain assured students it is the best option.

“Believe me, they have it better here than in Georgia anyway,”

“When you put a bunch of sad things together it just amplifies the emotion. That’s why we’re keeping these Bulldogs here with us until we find someone to take them in.”