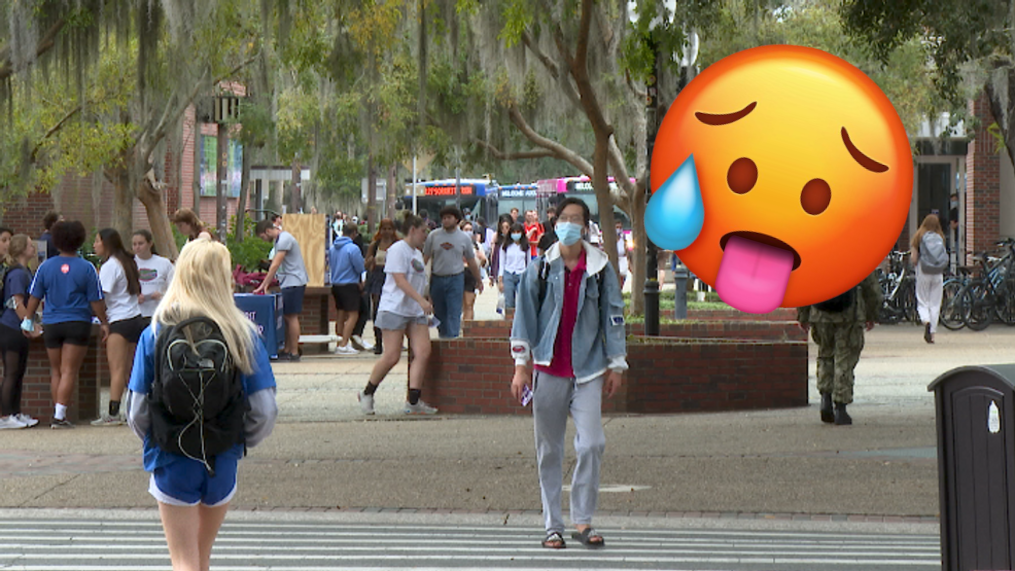 Fall has finally come to Gainesville! Temperatures are dropping to a chilly 78 degrees in the shade, and UF students are dressing to match.

Our Gainesville community has been donning cozy flannels and trendy beanies to get into the fall spirit. The Crocodile reached out to some UF students to talk about their autumn wardrobes.

“What I love about this is that the sweater is thick enough that my armpit and underboob sweat don’t stain the fabric!”

I can comfortably stew in my own perspiration as I force myself to dress for a fall that only exists in New England and the Pacific Northwest without anyone knowing how much I’m sweating.”

Freshman computer science major Tommy Jordan was rocking a beanie in Turlington when we approached him.

“My hair is completely matted under here. It’s literally sticking to my forehead and soaking wet.”

UF faculty have reported a drastic increase in stinkiness in their classrooms. In the spring and summer. Intro to Stats professor Dr. Smith told The Crocodile:

“My students think I’m still wearing a mask because of COVID. The real reason is that I can smell how sweaty they all are under their flannels and jeans after walking to class in 85 degree weather. Just because it’s November doesn’t mean you have to dress like that. It’s inhibiting my ability to teach.”

But Gators aren’t just dressing for fall, they’re also celebrating it in other ways! The UF Wildlife Ecology department has set up a “autumn leaves sightseeing tour” that’s just a single palm frond that happened to blow off of a tree in Plaza of The Americas.