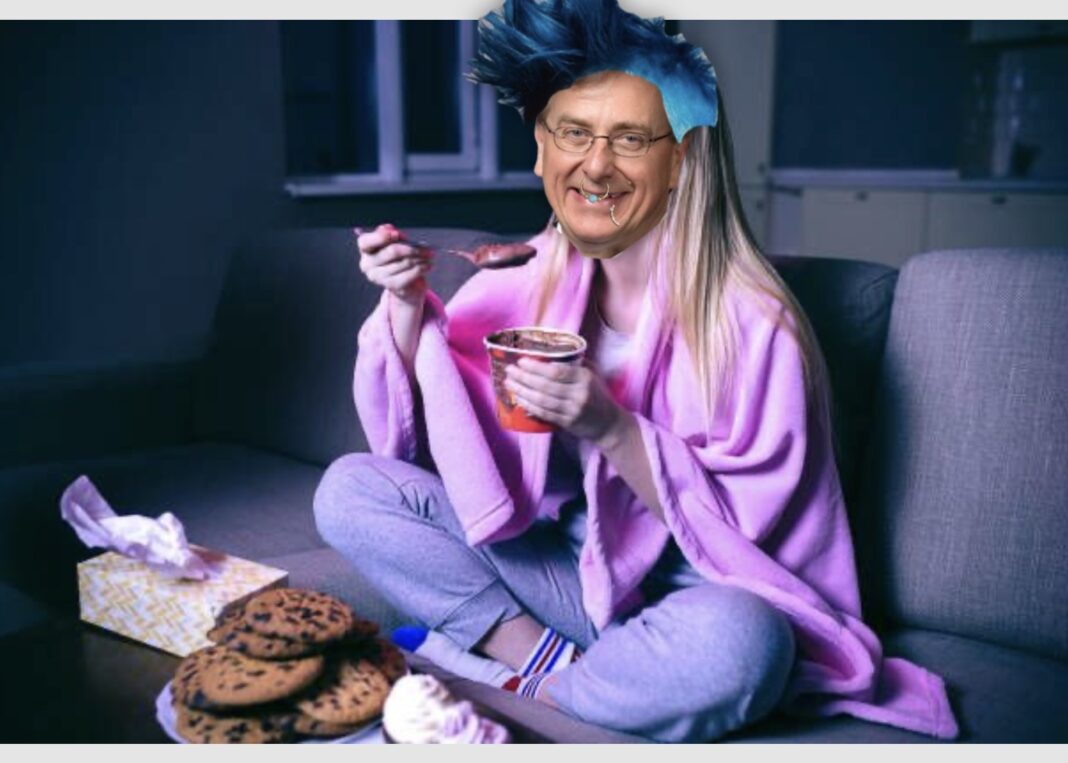 A blue mohawk, a lip piercing, and a fresh septum. These likely aren’t the three things that come to mind when one thinks of long-time UF President Kent W. Fuchs. Yet, the rumors are true: upon cutting ties with the University of Florida, President Fuchs has entered his breakup era.

Here at The Crocodile, we can only speculate that our reporters were not quick enough to catch Fuchs in the denial phase of the breakup – we see that we’ve caught him directly in the more manic period. Symptoms include rash hair decisions, sudden new holes in the face, and loud music blasted well into the night.

“His trash can was full of pictures of the Smathers libraries, ripped right down the middle. And empty Haagen Dazs.”

said a disposal worker who services the Fuchs house.

“At the recent golf dinner, he kept saying he was better off. That blue and orange never matched his skin tone anyway. But by the end of the evening, he was crying over a yellow Gatorade bottle.”

One source reportedly obtained the recent Prime Video bill for the Fuchs residence; The Notebook was rented a total of 11 times in the past month.

Many students have reported sightings of Fuchs around campus, pressing his palms against the giant windows of Marston library and sighing as he looks over campus.

Clearly, the soon-to-be-ex President is affecting everyone in different ways.

“I heard he got his TOP 5 tattoo removed,”

“It’s sad to see but everyone goes through a tough breakup in college. Another University will catch his eye soon enough!

Rippling through campus are rumors that Breakeven by The Script is Fuchs’ top song of the year, followed closely by Won’t Back Down – but we will of course have to wait for next month’s Spotify wrapped to be certain.