Home Articles UF Freshman Pretends to Know How to Do Laundry 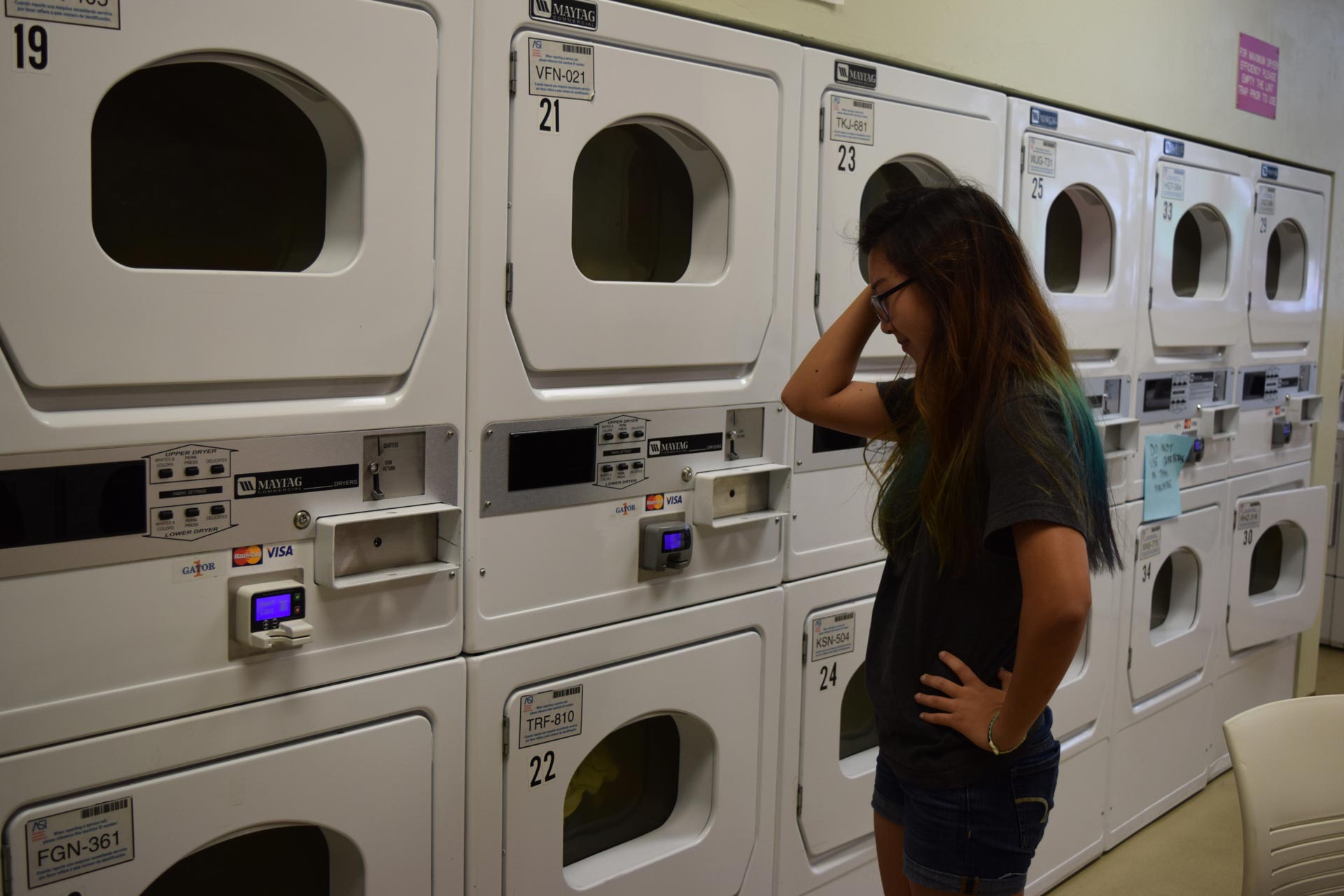 Melissa Totes, 18, was able to fool her peers for at least an hour in the Graham Area laundry room on Monday by acting like she actually knew how to wash her clothes without the help of her parents or the internet.

“She was impressive at first, I almost believed that she was an experienced clothes-washer,”

“Then I realized none of the machines were on and she was using shampoo as detergent.”

Totes said that she knew she would have to do laundry eventually, but that her only real knowledge of doing laundry came from TV shows and she just assumed that it would come to her naturally. However, after arriving in the room (which took her roughly 38 minutes to find), she realized she was going to have to fake it til’ she made it in front of a room of her hallmates.

“I’m not going to lie, when I first walked in it was all pretty overwhelming—I almost dropped my bucket of quarters out of shock,”

Totes said, wearing a shirt that seemed to be covered in an assortment of food stains.

“But I knew I couldn’t just walk out and be a quitter, so I picked up my laundry hamper and acted the heck out of that laundry room.”

Witnesses of Totes’ performance said that she got off to a good start by putting her dirty clothes in the washing machine, pouring in soap and then looking really bored for 45 minutes; but lost her audience when suds started pouring out of his washer and she asked how to light the dryer.

“I asked her what detergent she had used, and she said ‘Head and Shoulders,’”

“Then a few minutes later she turned to me with a box of matches and asked where to light the dryer. I’m pretty sure she thought it was fire-powered.”

While Totes was able to make it out alive and salvage a couple of loose socks, she told reporters that it is not likely she will attempt to do her own laundry for a long time after her embarrassing incident.

UPDATE: Totes was last spotted carrying what appeared to be 32 pairs of the same shorts out of Walmart.

Get your FREE Big Mac sticker this Friday from 10am – 2pm in Turlington! Don’t forget to pick up the spooky Halloween edition of the magazine also!