Home Articles Endgame: Everything You Need to Know About Tebow’s Surprise Cameo 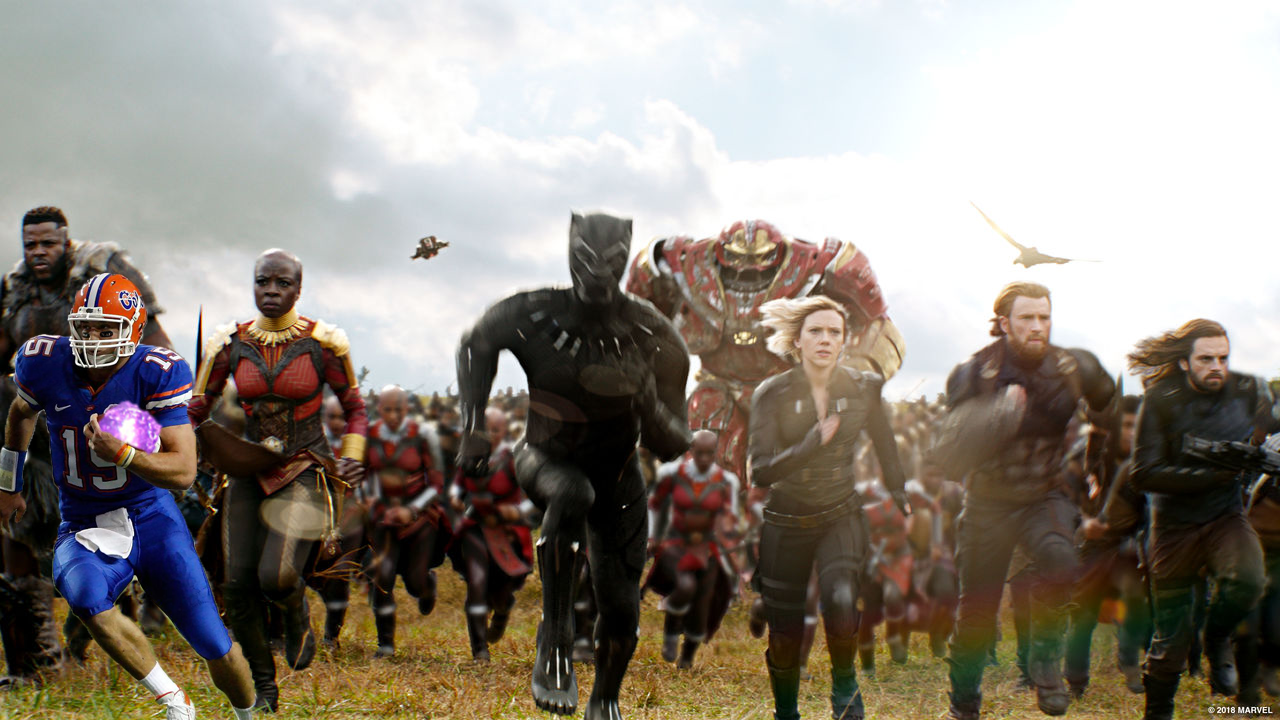 Audiences at the first showings of Avengers: Endgame Thursday night were both shocked and delighted to see University of Florida star player and sports great Tim Tebow make an appearance in the newest Marvel movie.

Tebow is first seen in the movie as Timothy Rogers, Captain America’s long lost cousin who invites the team into his home while chaos ensues, and later helps out with a sharply aimed football.

“It just really made sense for Tim to be in this film – and he really went to bat for it,”

“It just fits so well with his brand – who better to play Captain America’s cousin or whatever than America’s sweetheart and the pride of the south, Tim Tebow?”

Although Tebow’s cameo starts small, things start heating up in the fourth quarter of the film. With less than 2 minutes left to go, Timothy Rogers (Tebow) puts the mind stone into a football and jump passes it to Iron Man. Tony Stark (who is Iron Man in disguise) then spikes it into Thanos’s endzone, ending the game 41-14 with Ohio State and the purple titan.

“You know, ending the movie with the whole football thing was a last minute decision,”

“But the UFAA paid us a ton of money for Tebow’s publicity now that they’re a top 10 or something on a list.”

In related Florida cameo news, “civilian bystander #46 (disappears in snap)” was played by Will Grier.