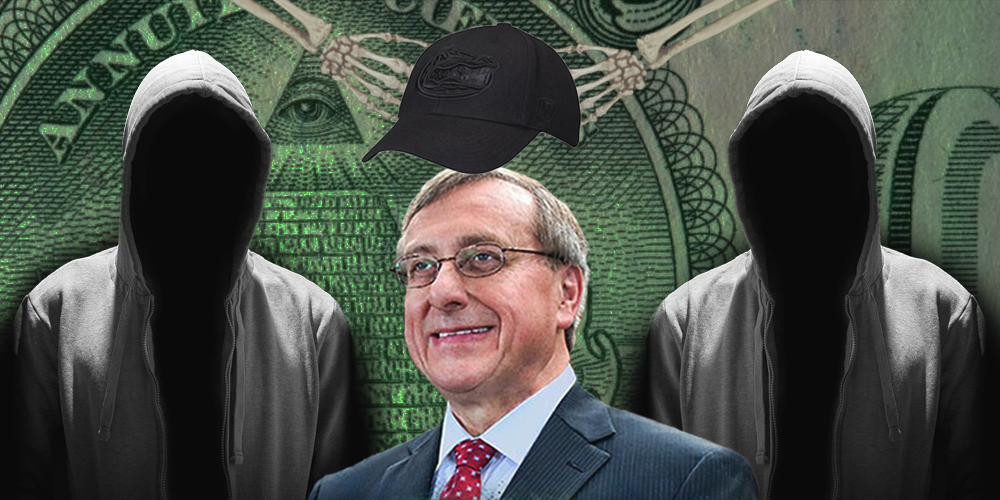 “Swampy UF memes for top ten public teens” is a popular page for depressed students to consume UF-based content produced by fellow Gators. Boasting more than 40,000 members, Swampy Memes is a juggernaut in University of Florida meme-loving community. The investigative team of The Crocodile has discovered shocking truths that reach the highest echelons of power: The swampy meme admins have been corrupted by the influence of the “Big Meme” industry.

Swampy Memes has a relatively small team of admins who oversee content on the page, as well as create memes of their own. While many see them as benevolent curators, evidence suggests troubling ties with large corporations pushing their own brand of memes. We spoke to a mole within the admin team, who wished to remain anonymous, who revealed the extent of the corruption.

“There’s big players out there who have a stake in Swampy Memes. Google, Disney, Boeing, ExxonMobil, the list goes on. Billions of dollars being spent to get memes to the top. The admins turn a blind eye.”

According to our sources, many of the recent popular memes have been manufactured by these corporate overlords to manipulate the UF community into doing certain things.

“You know all those memes with UF hats pasted on? That’s the hat industry in action. All those gym memes That’s Under Armour. SpongeBob memes? Nickelodeon cash at work.”

Despite these bombshell accusations the student body of UF seems divided on the revelations. While some are disturbed by the truth of their favorite meme sharing board, others don’t see the problem. Ronald McDonald, a sophomore business student, had this to say when asked about the scandal:

“Where in the Constitution does it say that you can’t take money to make memes? Seriously, show me… I haven’t read it. But this whole thing doesn’t bother me. As long as the memes are dank I don’t care.”

An F.B.I investigation is apparently underway with charges pending.