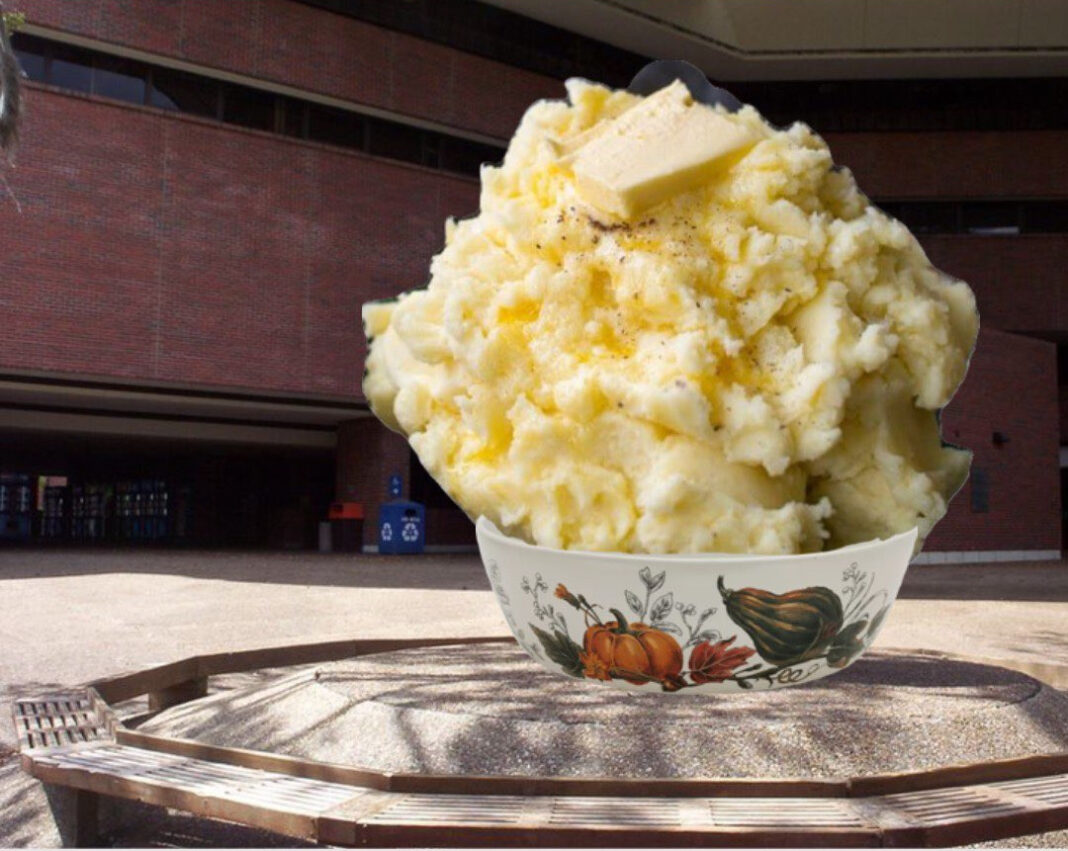 Sirens howled as they tore down 13th St. the morning after Thanksgiving. In Turlington Plaza, students flooded out of Marston basement like ants to peer in awe at the spectacle before them.

The long-standing Turlington Potato had been replaced by a fluffy, steaming pile of mash.

“I don’t know what recipe they followed, but I’d bet on Martha Stewart. I’d know that garlic butter anywhere.”

This is not the first time the potato has been mashed in the spirit of Thanksgiving. In 1995, a group of students known as the Gravy Robbers were the first to launch the prank. In the middle of the night on Saturday, November 18th, they snuck onto campus with mashers in hand. After boiling the potato with several gallons of hot water, they attacked. It reportedly took them several hours – but by the time the sun rose, the potato was reduced to a ghost of its former self.

“I remember that morning clearly,”

“I tried a spoonful when I arrived on scene. Needed more salt.”

The repair of the potato cost the university a reported $2.3 million. Un-mashing a potato is widely known as the most expensive architectural technique. A first-year student suggested that the money allocated for repairs should be spent on 1,000 jugs of turkey gravy instead. University faculty did not find this amusing.

“We’ve had funds allocated since 1995 in case this kind of tragedy struck again,”

“Where did you think your tuition was going anyway? It was going to mash insurance.”

The Second Unmashing, as students are calling it, should take about 3 months to complete. This means the potato will remain festively mashed for the remainder of the holiday season.