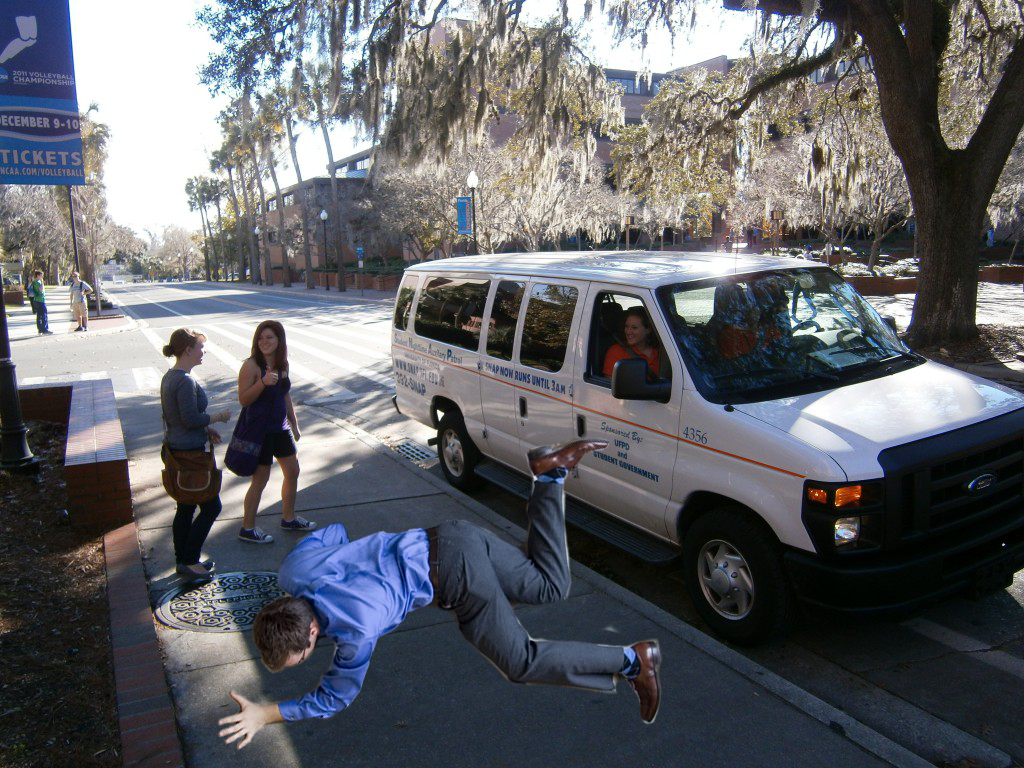 A medical student was forcibly removed from a SNAP van earlier today after refusing to leave peacefully.

The student, Jonah Whitefield, was reportedly on a jam-packed (we’re talking like 5 people to one of those benches) SNAP van when two other SNAP drivers tried to board.

An offer was announced by staff that those who left on their own would receive $15 Flexbucks and a ride at a later time. After no one excepted the offer, staff randomly chose Whitefield by picking his UFID out of a hat.

That’s when UFPD was called to remove Whitefield. They reportedly tased the bro and dragged him off the van right in front of all the students with smartphones. When Whitfield came-to, he was outraged that he had literally been cast to the curb.

“I had a bio exam to study for, half of those people are just too drunk to walk two blocks from Mid,”

“How do you overbook a SNAP van anyway? I thought they used those iPads to calculate that kind of thing for them.”

However, officials said that booting Whitfield was entirely necessary, and could not confirm or deny whether the iPads were used for calculation purposes or creating personal Spotify playlists.

“We had to remove the customer so that our SNAP drivers could get to their own vans,”

A spokeswoman from SG told reporters.

“They can only drive SNAP for 8 hours before having to take a 16 hour break.”

The other riders were forced to watch in horror and then sit in silence for the entire 26 minute ride. The van stopped to pick up 3 groups of people, drop off 2, and then bring the other one back to their original spot on the way.

“I really had to get to Chipotl – uh, I mean University Press.”