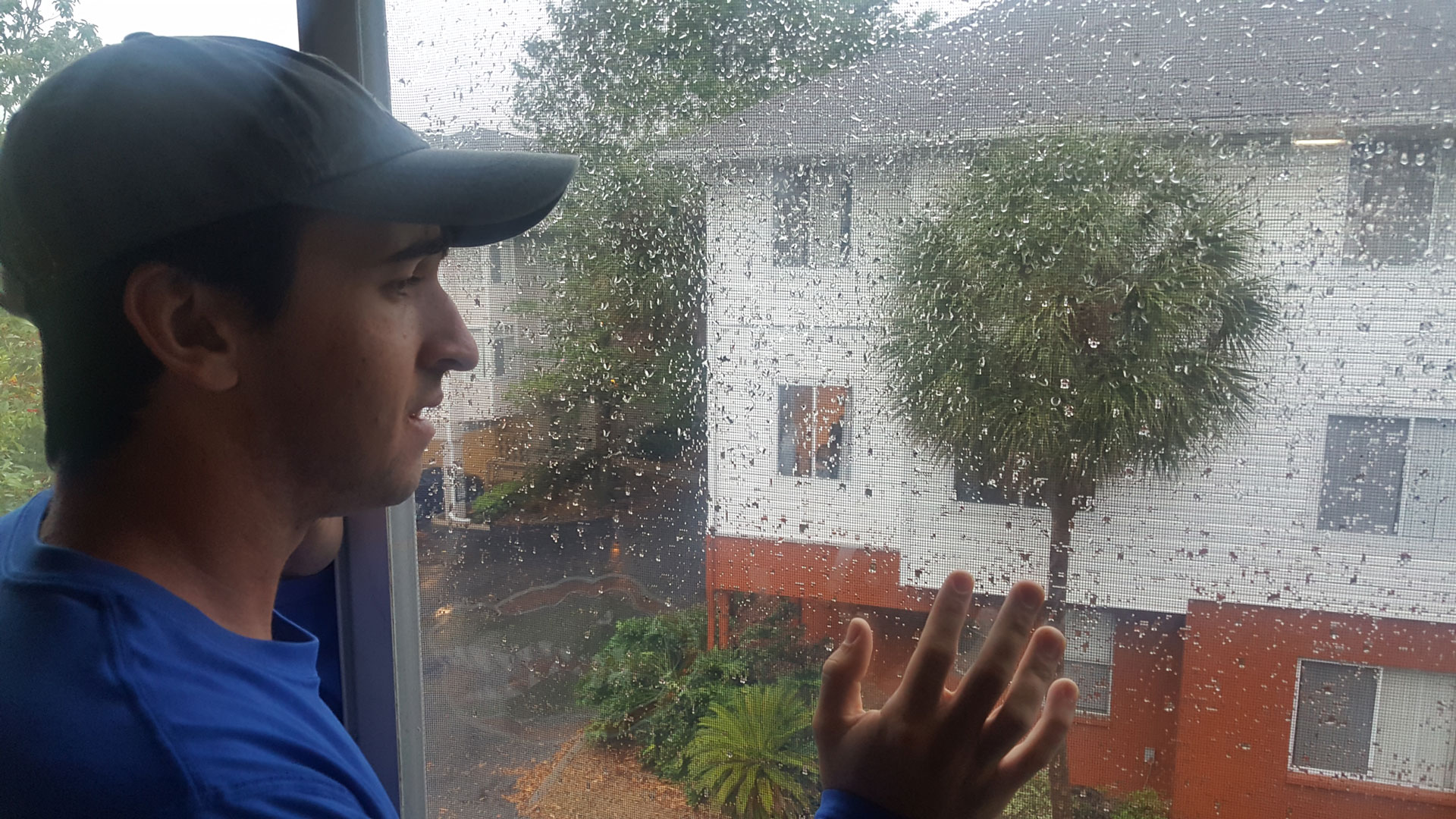 A freshman has finally been initiated as a UF student after being treated to his first day of hearing the entire student body’s exhausted “Rainesville” jokes.

Alex Gore, 18, said that this is his first semester on campus as an Innovation Academy student, so there have been many things he has yet to experience.  However, after this afternoon Gore said he feels like a real Gator.

“When I woke up to rain this morning, I didn’t think much of it—it rains all the time in Florida,”

“But then it didn’t stop, and I thought “wow, it rains a lot in Gainesville” and I went on Twitter to make a joke about it; that’s when it happened.”

Gore said he signed onto social media only to find all of his feeds covered with “Rainesville” hashtags, memes, and pictures. Even his professor had sent out an email cancelling class and joking that they could thank “Good ol’ Rainesville.”

“Rainesville is like the gross dining hall food—no one tells you about it when you first come to UF, you just find out on your own,”

“He thinks it’s funny now, but I can’t wait to see him when it’s 5 p.m. and he’s heard that word in every other sentence.”

Gore said he immediately texted all of his group chats to make his own Rainesville joke: a classic about Gators in the swamp, and even took his own artsy Snapchat with a temperature filter and everything. Gore said he can’t wait to see what other student traditions will be revealed to his as time goes by.