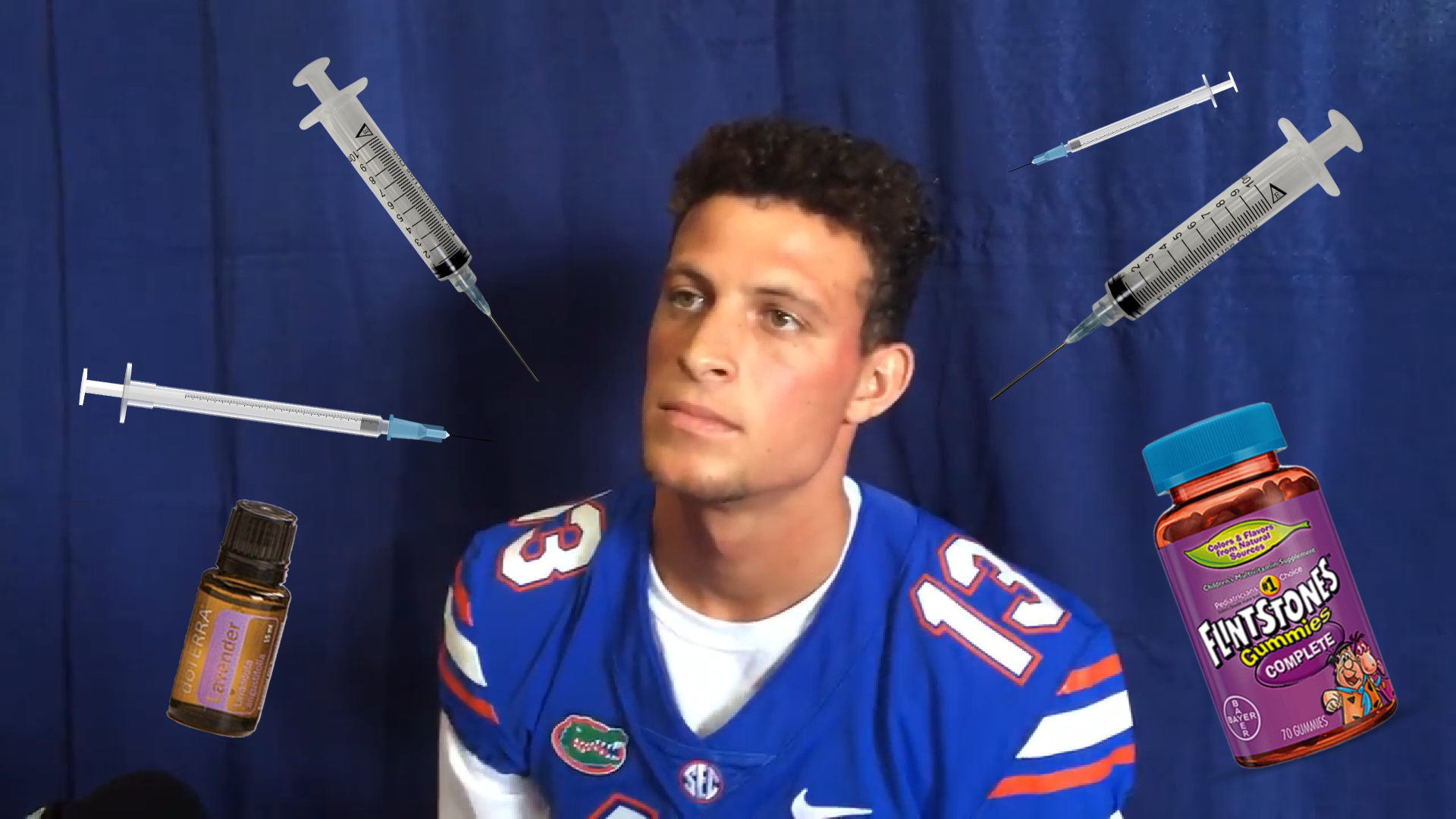 Following a failed trade and an embarrassing homecoming loss to the University of Missouri, Florida quarterback Feleipe Franks has turned to steroids as a last resort.

Franks reportedly reached out to former Florida QB Will Grier after Saturday’s game in search of a pick-me-up for the rest of the season. Grier, known for being suspended for taking steroids while at UF, said he was happy to help out a friend in need.

“Man, that kid could use some ‘roids.” said Grier, now playing at West Virginia. “He can barely throw it more than 7 yards down field right now, but with some of my stash, he’ll be looking like Uncle Rio from Napoleon Dynamite.”

With Head Coach Dan Mullen announcing an open competition for the starting quarterback role during practice, many are wondering who we’ll see on the field next week.

“It’s really a toss-up at this point,” claimed Mullen, who was devastated when Franks’ trade to Santa Fe fell through. “Steroids could go a long way in helping him win back his starting job.”

The idea is controversial, given that it would help Franks in the short-term, but result in his eventual suspension for taking performance-enhancing drugs. However, some locals say they’ll support anything that results in a Florida victory.

“I just want to see another championship in my lifetime,” exclaimed Rebecca Monroe, 97. “I’m taking steroids for carpal tunnel. I don’t see why the entire team can’t take them to win us a dang championship.”

While students, coaches, and the NCAA continue to monitor the situation, the Gator Nation will cautiously hope that Franks finds an extra injection of talent before next Saturday.