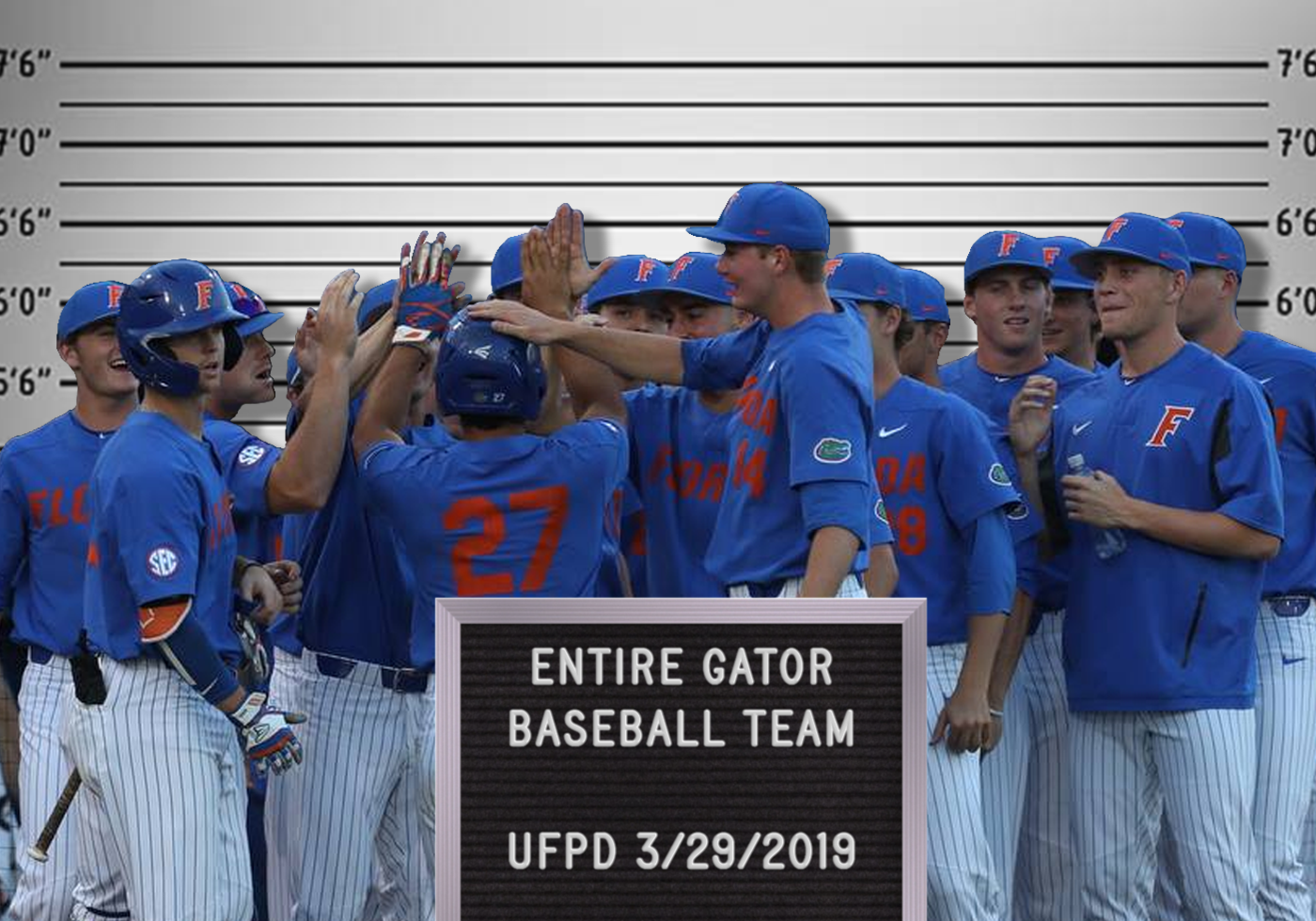 After taking the series and delivering 10 straight beatings – including a 20 to 7 run blood bath – the UF baseball team was officially accused of murdering FSU baseball. They plead guilty last Friday, according to Kevin O’Sullivan.

“You know, I was pretty surprised they agreed to play us again,” said O’Sullivan, who has beaten FSU a total 1,853 times. “But I was sure glad they did.”

The two teams met at a neutral site Tuesday on the heels of a horrific defeat at Alfred A. McKethan Stadium. Authorities have determined that game dealt the wounds that eventually led to FSU’s death.

The Gators started their murder psychologically, allowing the Seminoles to score first. UF then picked apart every facet of the FSU team, keeping them to 7 runs while scoring 20 of their own.

“I’m not gonna lie, it was tough to watch,” said Osceola, FSU’s mascot. “After the 7th inning no amount of peanuts or Crackerjacks could keep me hopeful – and I truly didn’t care if I ever went back,” he said, through tears.

After the game, players from the Gator’s dugout told a different story.

“We smoked ’em in football, 41-14, so I knew we had to do them dirty and put up a football score in McKethan tonight,” said Wil Dalton, who probably hit 20 dingers to single-handedly score the Gator’s 20 runs.

As of press time, a select few in Tallahassee are mourning the loss of their baseball team. They fear their football team is next.

Despite pleading guilty for Seminole baseball’s murder, the UF baseball team has been exonerated of all charges. Gainesville Mayor Lauren Poe has awarded the team the key to the city.