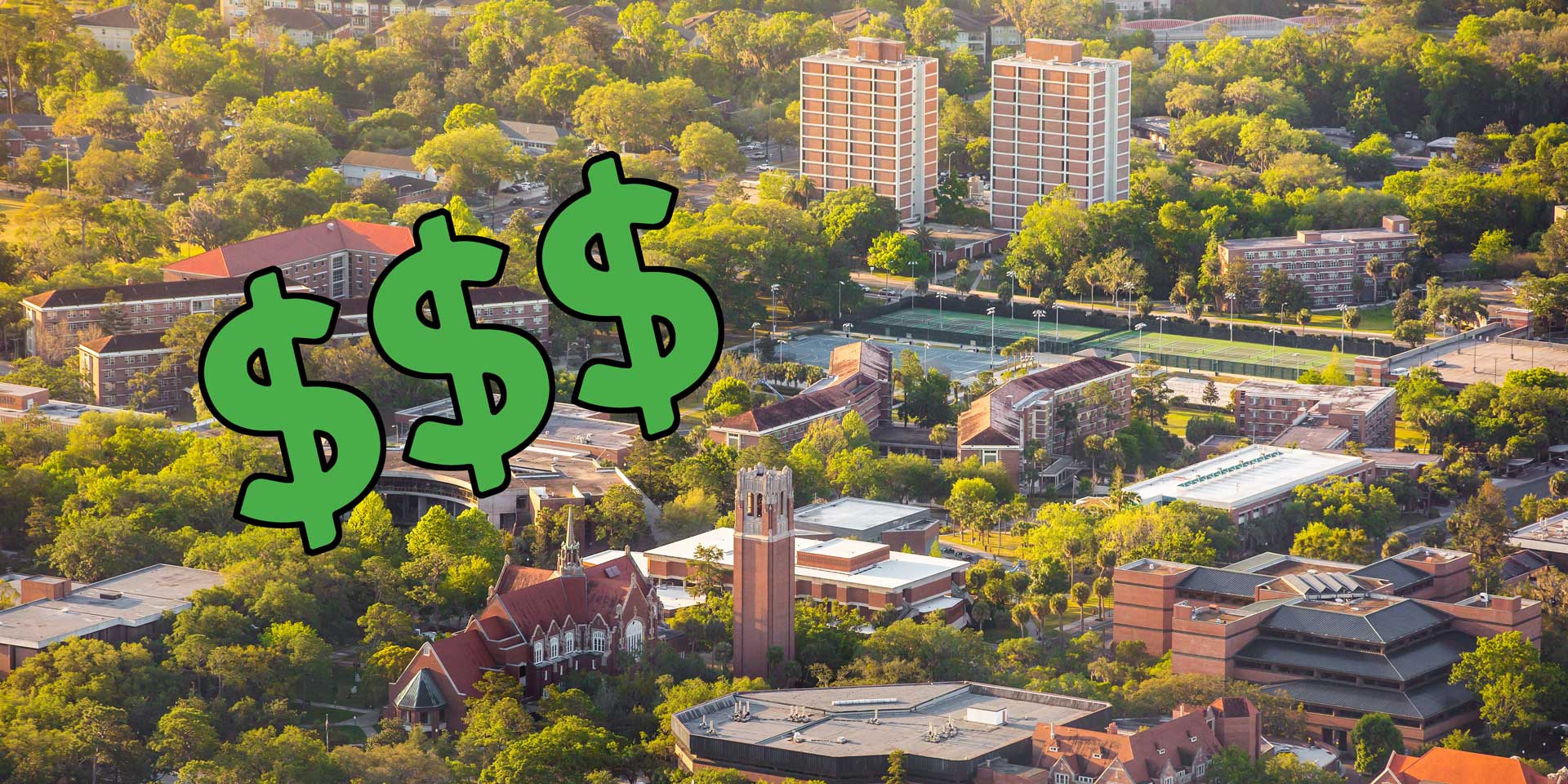 On Sunday, the University of Florida announced that it has sold the entirety of its campus to luxury apartment developer, Bertram Construction, LLC.

The news came as a shock to students of the university, and they responded with relative  outrage. This marks yet another Gainesville institution that has been scheduled for demolition, among the many locations to be replaced with luxury high-rises includes: all of Midtown, including the beloved Swamp restaurant, Leonardo’s pizza, and probably any other place you care about.

However, not everyone has reacted poorly to the news poorly. The UF Apartment Enthusiasts Club (UFAEC) in particular has been more than excited about the development.

“We love the trend of heartless, soulless luxury apartments being built on top of institutions that have been in Gainesville for decades,”

“With any luck, within the next five years, we’ll realize our dream: Every square inch of Gainesville to be one giant, contiguous 5-story luxury apartment building that costs $900 a month to live in and has paper-thin walls, zero maintenance, contracts that you can’t get out of, and more often than not, drunk people passed out in the hallway.”

In an exclusive Crocodile interview, Bertram Bertram, the CEO of Bertram LLC, had this to say:

“Ha-ha-ha! This apartment complex is gonna be great, we’re gonna make so much mone– I mean, we’re gonna take advantage of so many stud– I mean, it’s gonna have a rooftop pool!”

The apartment complex on what will soon be the entire demolished UF campus is slated to be finished by 2021, and will be called “University Campus House Lodge Cabana Manor Social Standard101 View Place.”