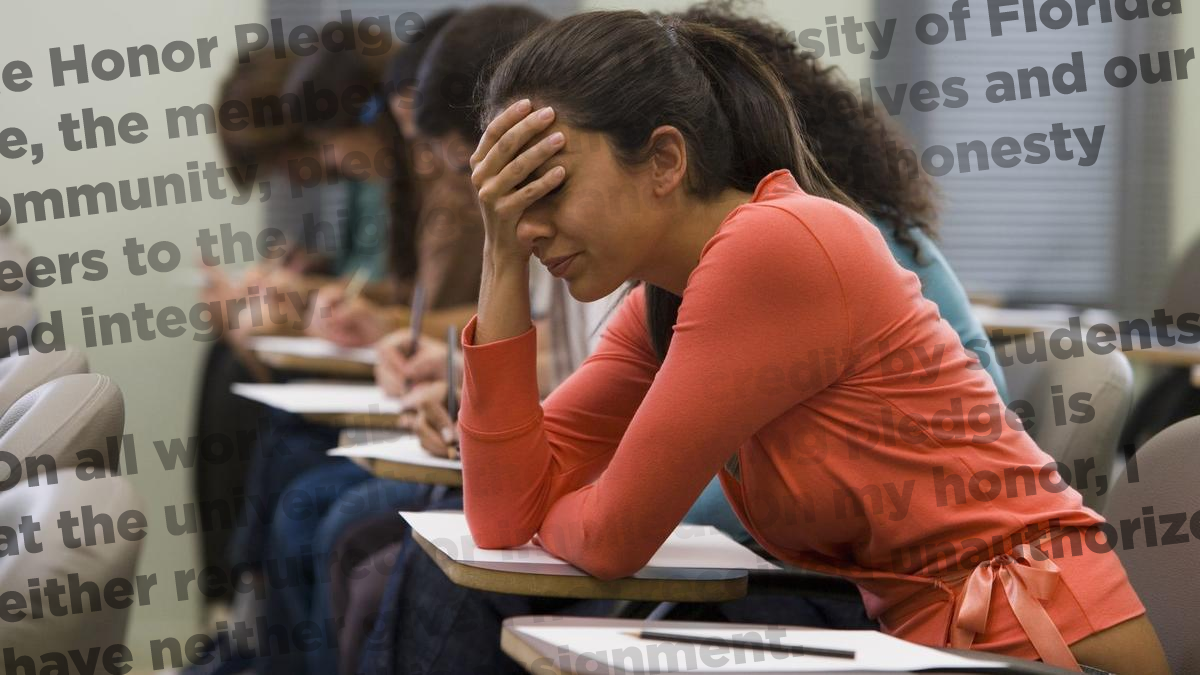 It started with the name of the class itself. Then it escalated with an email from a professor with the subject header “URGENT”. And now, the entire class roster of the online-only MMC 6936, Copywriting for Digital Messaging, is embroiled within one of the largest instances of academic dishonesty in recent years.

The issue arose after this past fall semester’s final presentation, in which students were tasked to devise an entire digital marketing campaign of their own desire. While the rubric seemingly gave students leeway in their creative abilities, all submissions included a strikingly similar format: A Silicon Valley startup using Artificial-Intelligence and human DNA samples to “make the world a better place”.

The similarities between the student’s projects raised the eyebrows of a handful of teaching assistants during the grading period, but the accused class members were quick to rebut. Garrett Kyle, a 3rd year Advertising major, denied all accusations, and offered a few words to defend himself and his classmates.

“Through each module presented in the course, it became clear that an efficient marketing strategy included a manifesto that “tackles the world’s problems” and a Twitter advertising campaign that helps connects to millennials through the use of “memes”. If modern companies use these practices, is it really our fault?”

While the evidence proves tough for students to evade responsibility for cheating, the scandal has brought upon an entirely separate conversation – If copywriting students copy right, they are at risk of being accused of copied writing. It has become clear in the past week that some students believe that is just copywrong.