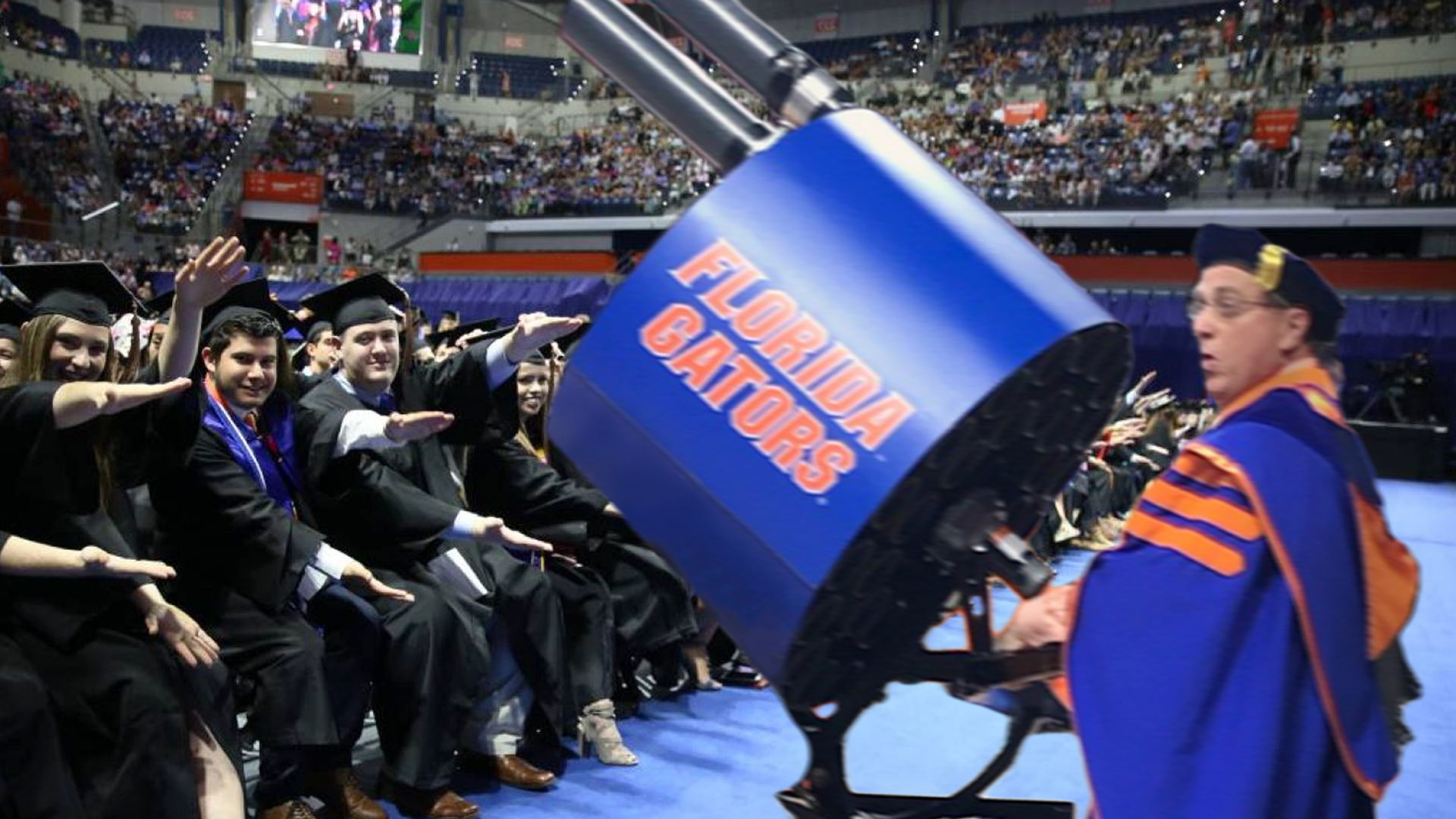 In response to students voicing their displeasure with the newest graduation policy, the University of Florida is implementing a last-minute change to individually honor graduates. To save time while honoring every attending graduate, President Fuchs will use a t-shirt cannon to distribute diplomas.

Since changing graduation procedures, UF has been the subject of rallies, petitions, and boycotts by students who feel they aren’t being recognized. Last year, the school split commencement into two ceremonies: one for the whole graduating class, and individual college ceremonies where graduates will walk across the stage as their name is called.

Many students report being frustrated because they’ve been looking forward to those 3-6 seconds of fame for the last four years. To satisfy them, Director of Communications Steve Orlando says UF has settled on a compromise all Gator fans can enjoy.

Saturday morning’s commencement will now be referred to as “Graduation Game Day.” Every individual’s name will be announced one by one as President Fuchs shoots the diploma in the general direction of the standing student. Each student’s catch-or-fail will be broadcast on the jumbo-tron for friends and family to cherish in the bleachers like a completed pass from Franks.

Sources close to The Crocodile say Dan Mullen will be recruiting the best receivers, offering them graduate degrees and a walk-on position.

Other changes to fit the game day theme include Albert replacing the speaker James Patterson. He is scheduled to silently chomp for 15 minutes, followed by the stadium-wide singing of “We are the Boys.”

Rowdy Reptile four-year member Tyler Cary says he had planned on skipping the commencement because of the heat. Now, instead of only attending the College of Engineering’s ceremony, he will be attending both events.

“There’s no chance I miss my last game day in The Swamp,” said Cary. “The heat only adds to the nostalgia of noon games.”

University officials say despite the diploma throws, no students will be tackled at this ceremony.