Is Treon imagining wide receivers that aren’t actually there? Does the offensive line just forget what’s happening before he has time to throw the ball? Either way, seeing a completed pass on the Gators offensive is more rare than ever. Here are 7 things that are actually rarer than the fabled completed pass:

Although some proof of the mysterious creature does exist, the most recent proof of completed passes by the Gators are some grainy pictures from 2008.

#2) Your professor replying to your emails in a timely manner

While an accurate pass is a sight for sore eyes, an email from your professor within a reasonable time frame is unheard of. I appreciate you telling me to check the syllabus, Professor Ryan, but I took your class last spring. Thanks a bunch.

#3) A field goal by a Florida kicker 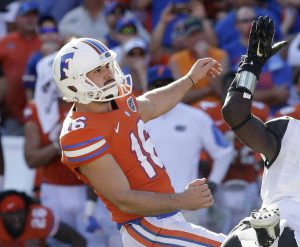 Unless McElwain has put absolutely anyone else in to kick, you will see a pass complete before a kick made. If you need convincing, please watch literally any game in the past month. Or read our other list.

When you want wholesome deliciousness, you scoot over to Publix on University and 34th, and unless hell is raining down, you’ll be stuck behind a guy getting olives, banana peppers, jalapeños and chipotle sauce on his chicken tender sub. The good news is that eventually you’ll get your sub in 15 minutes, whereas in a football game you won’t get a completed pass for 60.

#5) A pleasant trip through Turlington 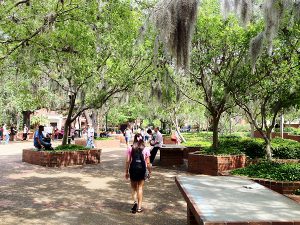 This is a rare instance indeed. It is only about once a year when one can walk through Turlington unimpeded by negligent bikers, people arguing about religion, or some sweaty guy trying to hand you the latest print issue of the Crocodile.

Rumor has it that only a total of 4 pickup trucks in Alabama aren’t completely covered in Confederate flags and “secede” stickers. Apparently their football team also has a university so maybe they are making steps towards progress.

Suspect is an average-height, average-build white male wearing Gator gear. No need to leave the area.

Although we joke about the football team occasionally, the Crocodile supports the Gators, win or lose. We can’t wait for next season!