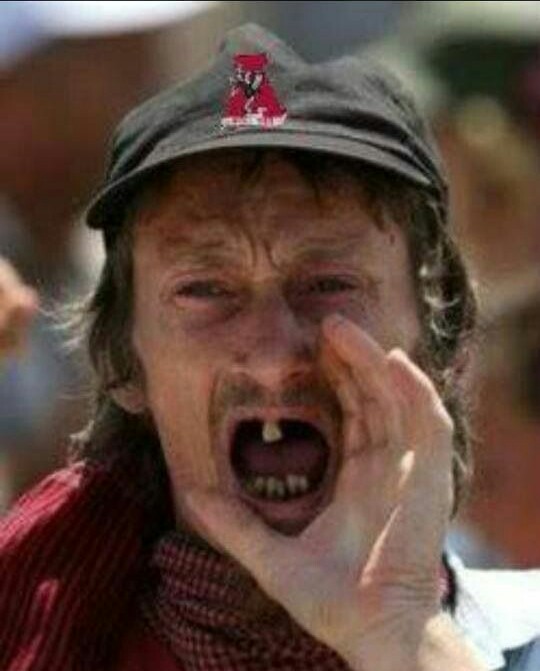 In order to get dressed up for the SEC Championship game, University of Alabama student Cletus Dunlop has decided to brush his tooth Friday night.

Dunlop made the decision after buying his ticket from a raccoon wearing clothes in the middle of the woods, otherwise known as the Alabama Box Office.

Alabama will be playing the University of Florida in the SEC Championship game this Saturday, December 5th, in Atlanta, Georgia.

This will be Alabama’s second continuous year in the Championship, and Florida’s first since 2009. Florida lost to Alabama in 2009, but defeated the Crimson Tide the year before. Florida holds the record for most appearances and wins in an SEC Championship (11, 7), followed by Alabama (10, 5).

To prepare for the tooth-brushing event, Dunlop and his girlfriend, Mary Lou Ellen Dunlop, drove their tractor to the nearest Five-And-Dime corner store to buy a toothbrush.

Der but no way no how yuh can get me a brushin my tooth, ceptin playn Flarda in fooball. Roll Tide!”

After brushing his tooth, Dunlop says he will practice all night “tryna pronounciate ‘Nick Sabin’ all proper-like.”

An avid fan of his school’s team, Dunlop has attended every home or championship game in which Alabama has played during all seven years of his undergraduate studies. In fact, he claims that his favorite animal is an elephant, and applauds “whoevuh done made up a ellyphant so it coulda be Alabama’s mascot.”

Dunlop says he hopes he can finish his Hooked On Phonics in time to be able to read the scoreboard at the game.