Home Articles Honors Student Chokes to Death on Own Ego 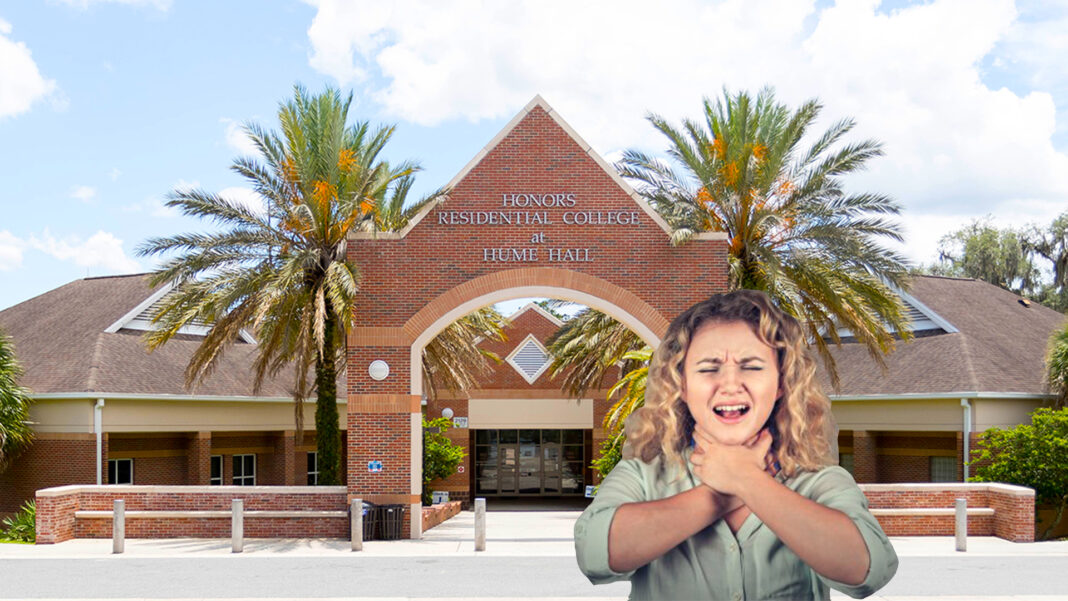 Honors student and computer science freshman Emilia Emsworth recently passed away after she choked to death on her own ego.

“We got into an argument, and I told her to swallow her pride,”

“Little did I know, I was asking for the impossible.”

The argument started when Oakley commented on the difficulties of registering for courses.

“She then reminded me that honors students don’t have to worry about that because of their early registration,”

“Then she found a way to bring up her 36 on the ACT into the conversation. Again.”

Although Oakley’s death was ruled as an accident, some speculated foul play was involved. The Crocodile conducted a seance at our staff meeting to confirm with the source.

“It was a tragic accident,”

“I never thought someone as smart as me would die so young. After all, I got a 36 on my ACT.”

Records confirm that Emsworth actually received a 35 on the ACT.

“I’ll miss her little quirks, like the way she called UF ‘a second rate safety school for imbeciles’ and how her dorm was entirely decked out in Cornell merchandise,”

Emsworth’s ghost requested that all residents of Hume Hall come to her funeral, but those with less than a 3.9 GPA must sit in the back.