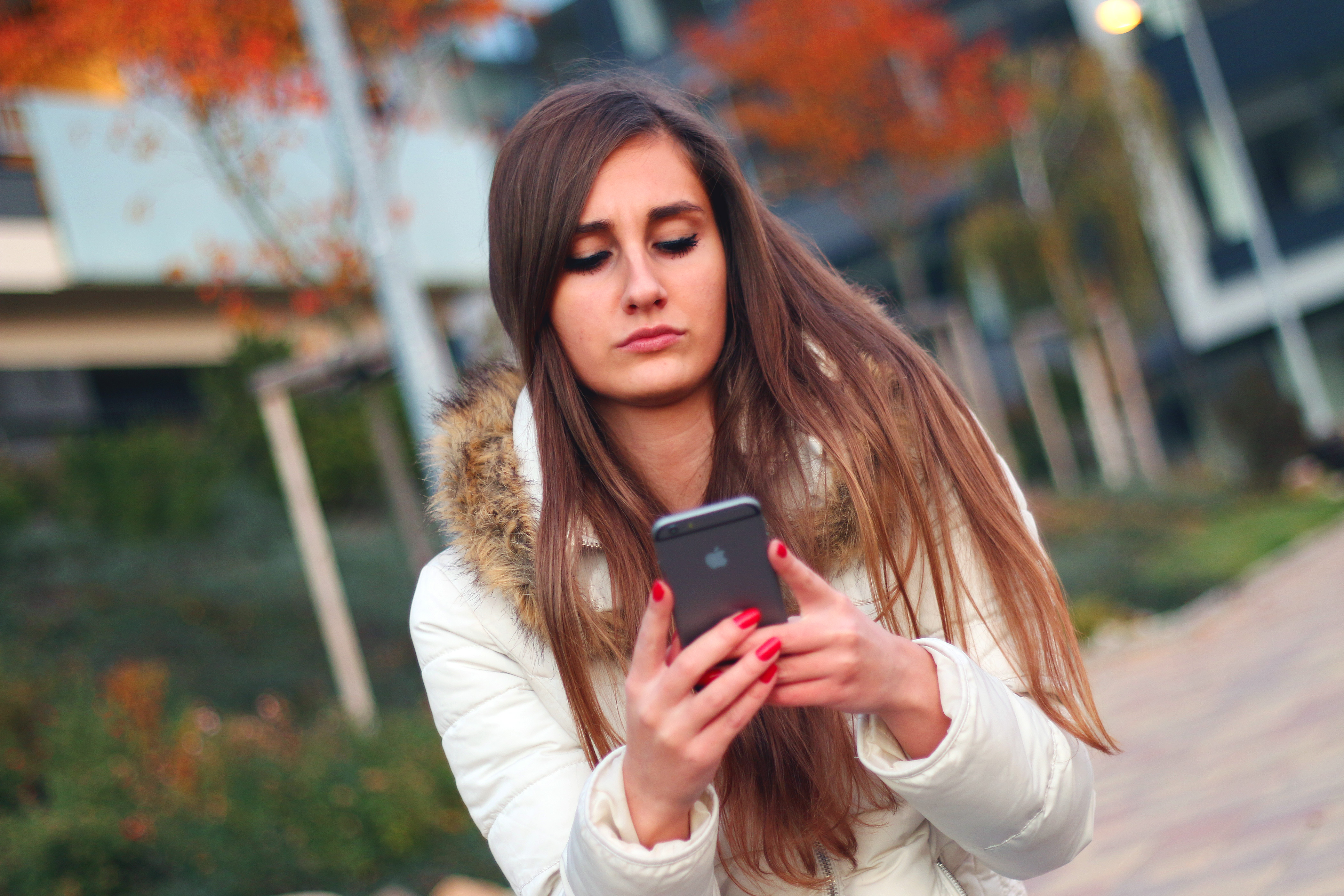 Tragedy struck UF sophomore Stacy Johnson once again last weekend as she shattered the glass screen of her brand new iPhone 6. This accident occurred hot on the heels of a similar incident the weekend before, when she dropped her iPhone and broke both the front and back glass. The weekend previous to that, Johnson didn’t break her screen but did drop the phone in a public toilet for “totally less than like a minute.”

We contacted Johnson to gain further insight into the issue, but she dismissed it quickly saying

My parents better get me a new one. I have to use my iPad for Snapchat now and its selfie game is NOT on point.”

Johnson’s entitlement to unlimited amounts of phones likely stems from the other 11 times she has broken her cutting edge cellular device. Each time, her parents have simply purchased another device for her. The old ones are usually sold on the class page for $20 or traded for 4 Adderall pills.

Her parents said that they don’t mind buying new smartphones every couple of weeks for their precious daughter.

Anything for my little girl,”

Johnson’s father exclaimed after trailing off and staring blankly into space. “I mean, it’s not that much money when you think about it,” he added. “That’s like…$800 per phone times 11 phones…shit.” The father then quickly changed the subject and went back to making the TV dinners that he and his wife would be enjoying later. He also told us that he has never purchased insurance for the phones, stating that they couldn’t justify the larger bill every month.

Stacy herself was confident that she would get her new phone within the week and that it “had better be champagne gold this time.”

This article was sponsored by one of our corporate overlords, Gator Tec. They’ll fix your iDevice whether you pay with daddy’s credit card or those crumpled dollar bills you got for selling your bike on Craigslist.