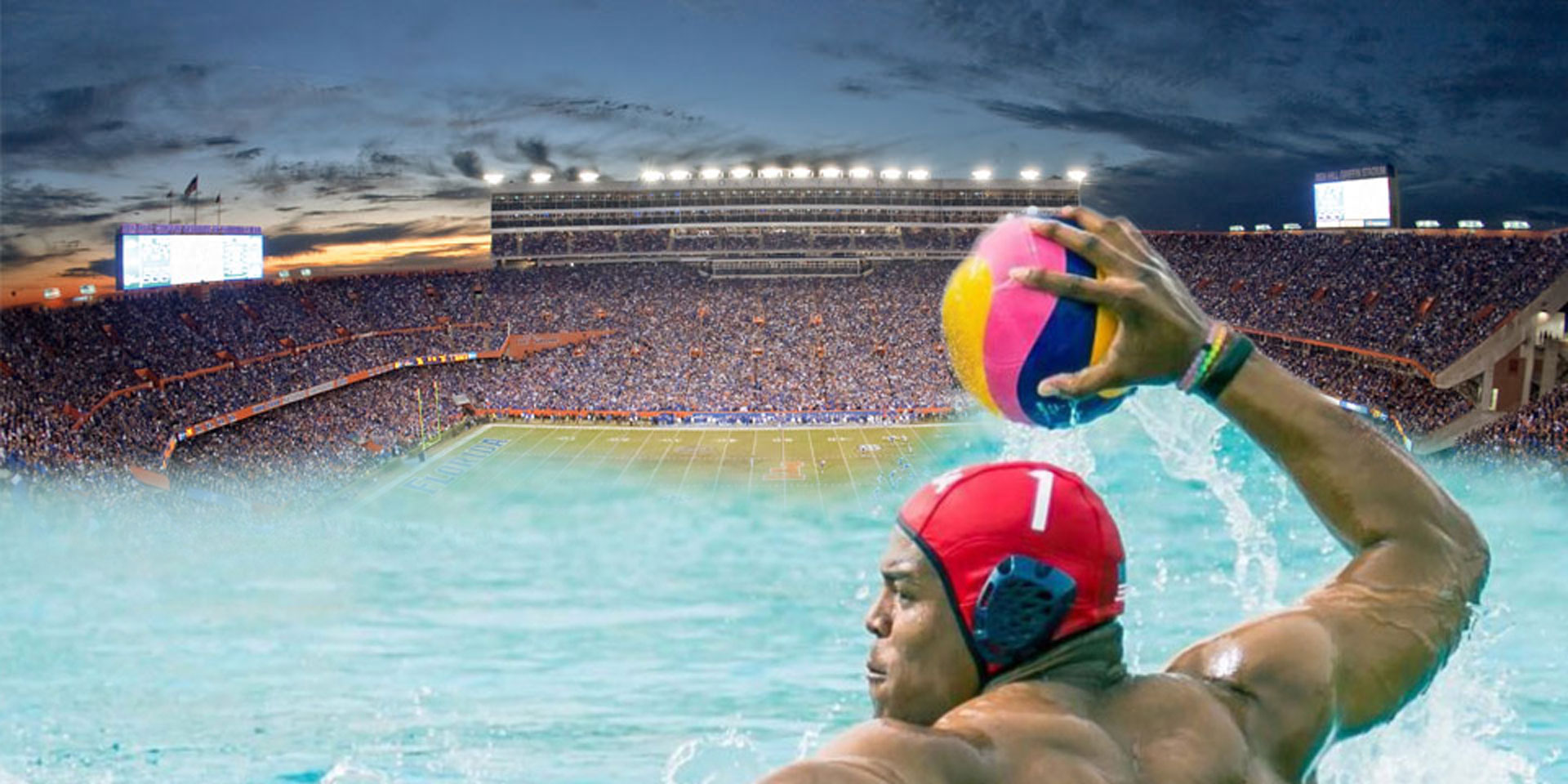 In anticipation of Hurricane Matthew, University of Florida officials met Thursday afternoon to discuss postponing the Gator football game against Louisiana State University on Saturday. However, the group found an alternative to canceling the matchup.

“Both teams’ schedules are tight and there isn’t any time to make up this key SEC battle,”

“The teams will have to face off in a game of water polo instead.”

Foley explained that with the impending floods, Ben Hill Griffin Stadium will be filled with an estimated 12 feet of water. As the top athletes in the country, Foley continued, the Gator football squad will have no problem treading water for the entire duration of the game.

“Defense will be our main focus,”

“If any LSU player gets near that ball, they will be dunked.”

After the announcement, some Gator fans were excited for the game. However, senior Matthew Brown said the match would be boring — there was no contest.

“Can Tigers even swim?”

Brown slurred during his interview at his hurricane party, aptly dubbed “Matthew Is Getting Everyone Wet.”

“Gators are the apex predators of the Swamp!”

Foley went into more detail during his press conference, explaining that there were some safety concerns for the game on Saturday.

“We discussed hiring lifeguards for the player’s safety,”

“Thankfully, our very own Luke Del Rio is CPR certified and available that day.”

Foley admitted that while football was definitely out of the question, water polo wasn’t his first choice as an alternative.

“I thought it would be fun to play Marco Polo,”

“But when I suggested it, Steve Spurrier gave me a dirty look.”

Foley said all other game day festivities will resume as planned, and that Gator merchandise outlets will be selling ponchos for a bargain price of $25.

The Gator marching band will also debut their synchronized swimming routine at halftime.