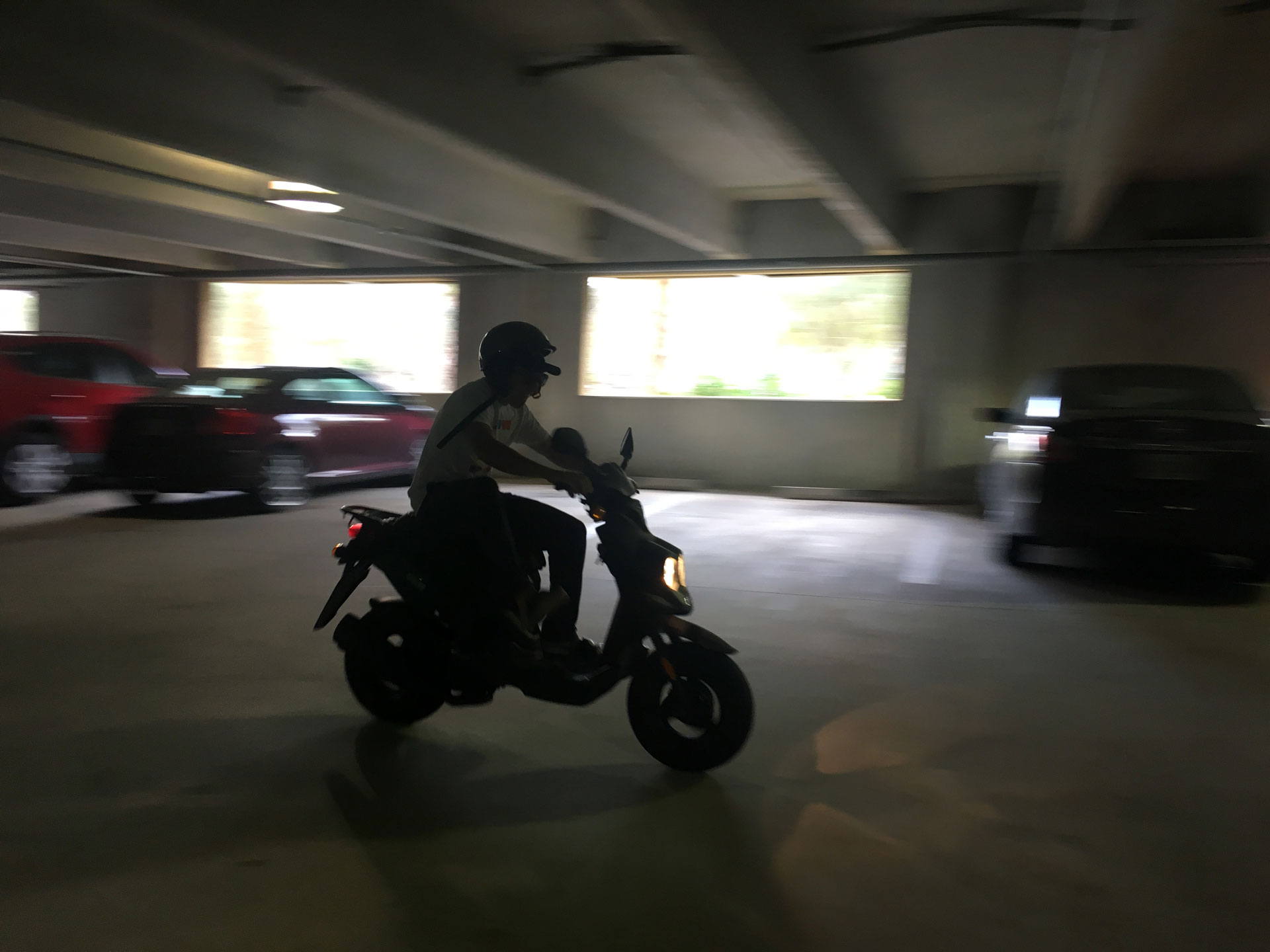 A UFPD spokesman announced that they had stopped a heinous crime ring this week, by exposing a gang of scooter racing deviants on campus.

“We successfully infiltrated a scooter racing ring on campus after months of undercover work.”

Said Officer Brad Snoops, the only cop on the force still young enough to pretend to be a college student.

“All I had to do was find the Facebook event, throw on some pastel shorts and say I was a PoliSci major.”

Snoops reported that the group had planned on having their third race in the basement of the Reitz Union garage this week, but that he was able to shut it down from the inside. Snoops said the racers were reaching top speeds of 25 miles per hour, which is speeding on campus, and even driving on sidewalks.

“It’s an addicting rush to go that fast, especially when it isn’t legal.”

“I’m not worried about the charges showing up on my record and stopping me from getting a good job. After all, college is a time to be reckless.”

All 15 students were given hefty fines and charged with Reckless Driving and Disturbing the Peace. The students were given the option to pay the fines through community service, specifically through painting more scooter parking spots throughout campus.

“I guess I’m not surprised that we got caught,”

“I was probably put on some sort of list after I parked my scooter in a bike rack.”

UFPD’s next undercover assignments is rumored to be a sting operation on people who put non-soda beverages in their free water cups.