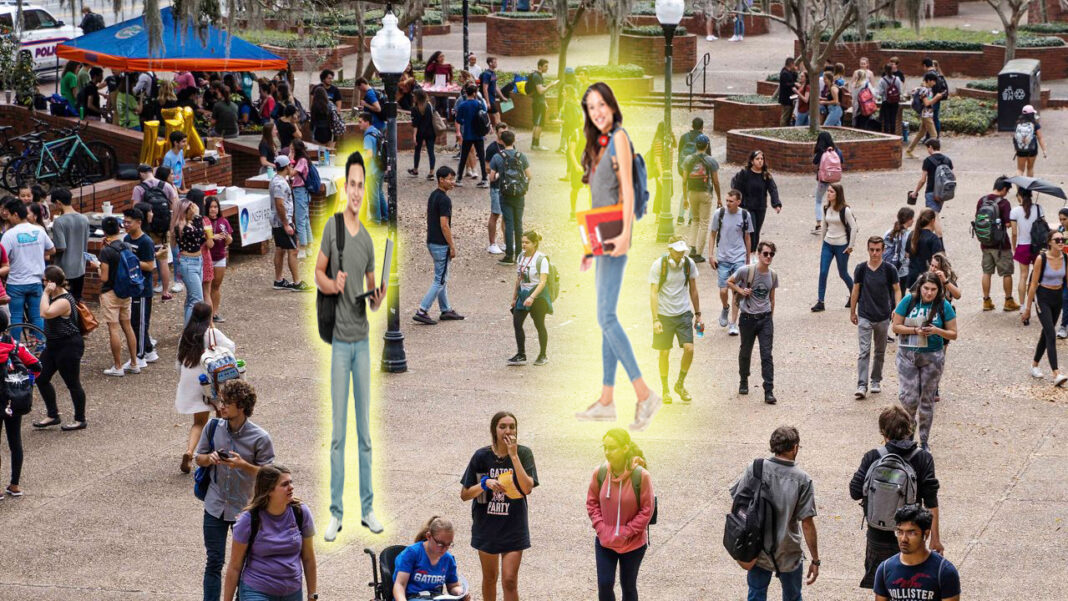 In a decision that “Definitely has nothing to do with being in the Top 5,” according to President Fuchs, UF is now requiring every member of the freshman class to meet a certain height requirement.

Eyebrows were raised this month over the startling statistics for the incoming class of 202. With an average GPA of roughly 2.2, and SAT scores being commonly listed as “forgot to take it,” the public were left wondering what had changed.

With a quick look at the acceptees’ Instagram profiles. The answer loomed plain and simple.

“Every one of them is just really, really tall.”

Fuchs admitted that they had made some recent changes to the admissions process, but noted that they were for the good of the school.

“With so many applicants literally soaring to new heights, we had to raise our own bar to meet them.” He said.

It was a bar many fell too short of, losing their place in the sky-scraping class. Sarah P. Minnie, a valedictorian from Broward County, was hoping to join the UF community after winning the Junior Nobel Peace Prize in 2019 and developing her own reusable energy source to power free personal heaters for veterans. However, at 5’9, she just didn’t fit the bill.

The incoming freshmen quickly took to social media among strong backlash from the rest of the academic community, defending their right to be at the University and other academic accomplishments.

Yet, Dr. Mawford, a member of the admissions board, confirmed that quite a few admissions were related to “physical abilities“

“For his community service essay, one kid wrote about the time he ran over a raccoon behind a Denny’s. Called it ‘free pest control. But he was the tallest member of his school’s graduating class.”

“It’s a ridiculous rule – and it’s going to cost them. I mean literally. It’ll cost hundreds of thousands to lengthen every bed in Broward hall.”

When asked for his message to high school students hoping to join next year’s class of 2026, Dr. Mawford advised teens to drink their milk and take their vitamins.