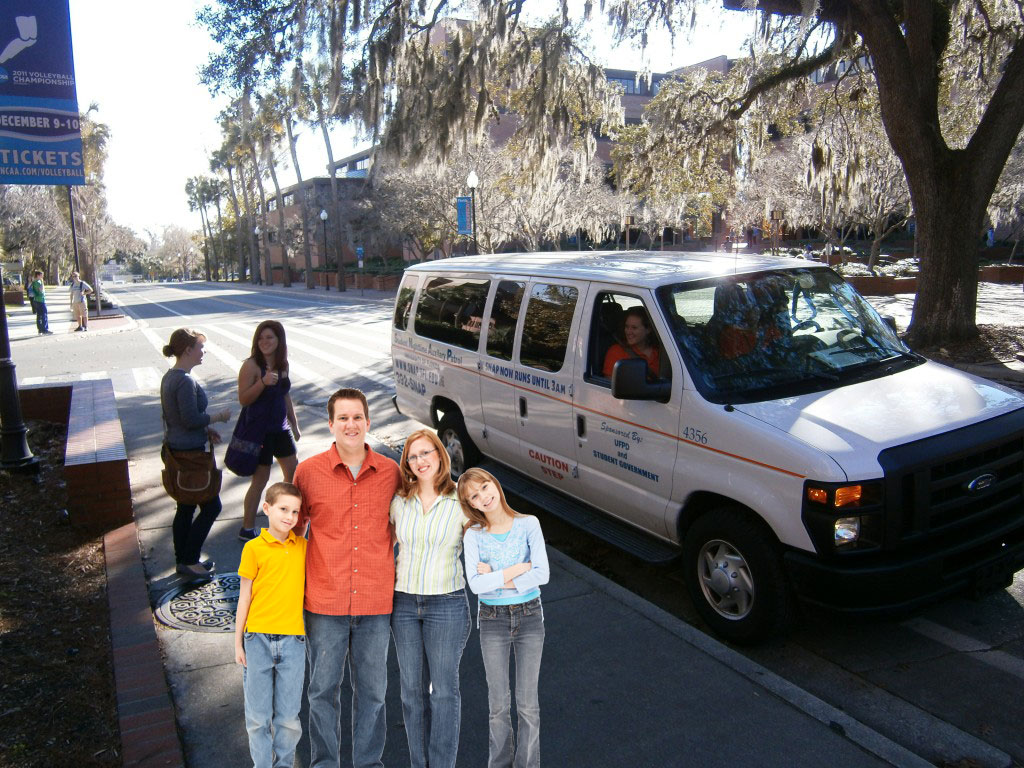 A special report was brought to the Crocodile recently regarding an incident that took place in 1985, where a UF alumnus claims that his requested SNAP van simply never showed up.

A freshman at the time, engineering student Tom Puckett had just finished a debilitating day at the gym when he felt as if he was in no shape to make the long trudge back to his dorm in Jennings Hall.

Still in his freshman honeymoon phase, Puckett was eager to use every resource he could get his hands on in the shortest possible period of time, and thought that this was the perfect opportunity to call upon the illustrious Student Nighttime Auxiliary Patrol.

Puckett dialed their number that was posted in the gym and smiled at his first successful feat of maturity. He walked out to the pick-up point on the side of the road and was excited to experience his first real taste of voluntary university transit.

For the next hour and a half Puckett waited.

“It felt like an eternity to me, it could’ve been days for all I know. I just wanted to get back to Jennings as quickly as possible,” Puckett said.

As the sun fell down below the horizon, Puckett’s hopes fell with it. He was left with the only option of army-crawling his way back to Jennings, a painful and humiliating process.

I was mad, sure, but I understand that they’re busy. I showered up when I got back and I honestly forgot all about it,”

Puckett went on to have a successful career as a Gator, and graduated in 1989 in the top 5% of his class.  That same year Puckett would go on to marry the love of his life and together they experienced the joys of their firstborn child.

This past September, Tom Puckett brought his family to visit Gainesville to give them a piece of his rich educational history. It was when the Puckett family was passing the gym on their way to visit his old dorm that they were able to get a genuine glimpse into his past.

Sure enough, coming over the hill was a white van barreling right towards us,”

“I thought, ‘this can’t be happening’ but there it was, pulling in right in front of me 30 years later.”

The report claims that the drivers, fatigued from sitting in a van for 3 decades, were finally able to roll down the window and lean out to the Puckett family.

Jennings? Hop on in,”

The Puckett family boarded the van and headed on their way to Jennings Hall at long last.

When the Crocodile reached out to the SNAP drivers for further comment, they declined saying they were in a hurry to pick up a passenger who called in 1977.

This article was featured in the print edition of the Crocodile in partnership with Campus Talk magazine. Pick up a copy in any publication box on or off campus!