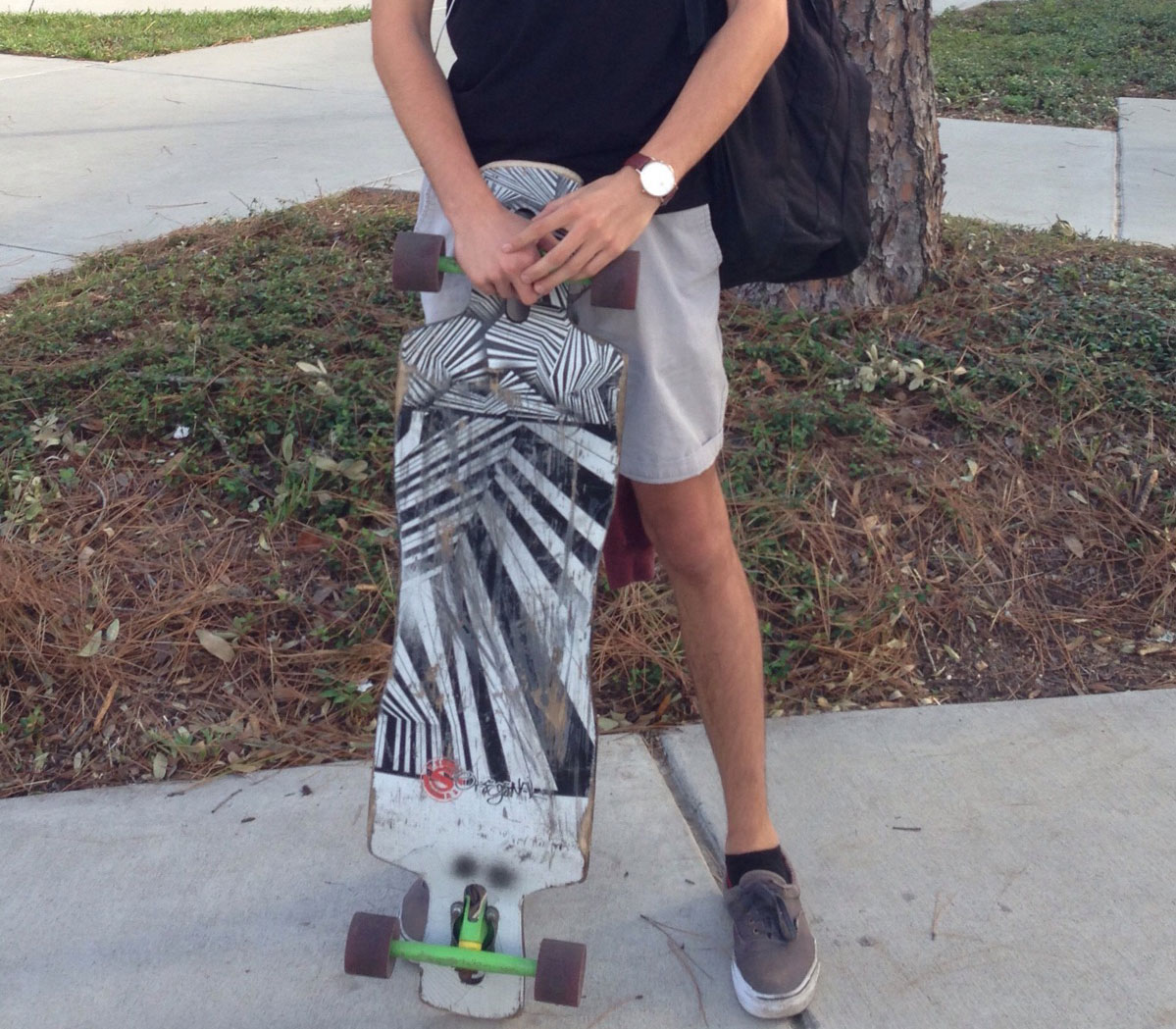 Due to an increase in longboard traffic, UF officials announced that they will soon be adding a lane specifically designed for longboards everywhere on and around campus.

According to Ed Whest, from the Committee for Recreational Wheels or “CReW,” the new longboard lanes will be made extra wide for the longboarders that suck at longboarding and fail to meet “sick gnarly” standards.

“Since the majority of longboarders at UF are major posers that can’t even powerslide, they gotta be pretty big,”

Whest said, who asked us to refer to him as “SkateMaster Whest.”

“The new lanes will technically cut bike lanes in half, but people on longboards are cooler than bicyclists anyway.”

This new lane has been received very well by the student body, which apparently hosts a high population of longboard enthusiasts that have not been able to expose themselves until now.

Many students said that they’ve had a longboard that their parents gave them as a gift 5 years ago, but until now haven’t had a good reason to use it.

“Yeah, I’m pumped about this new lane. Now more chicks can see me flailing around on a five foot long piece of plywood,”

“Just wait till they see me flyin’ down Stadium–once I learn how to stop, at least.”

Other parts of campus are joining in on the new longboard fad. Library West will replace escalators with ramps from the second floor and Broward Dining will have a new “Roll-Thru” window.

“Here at the Student Health Care Center, we see too many students coming in with cuts and bruises from longboard accidents,”

Gooden told reporters, who occasionally longboards to work–but only in the proper safety gear.

“I’m tired of seeing these posers on their crappy Sector 9 boards acting like they know how to bomb a hil–I mean, I just don’t want to see anyone hurt.”

In other news, in an initiative to be more “longboard friendly” Jimmy John’s has started hiring longboarders with enormous calves to deliver their subs at a terrifyingly fast speed.