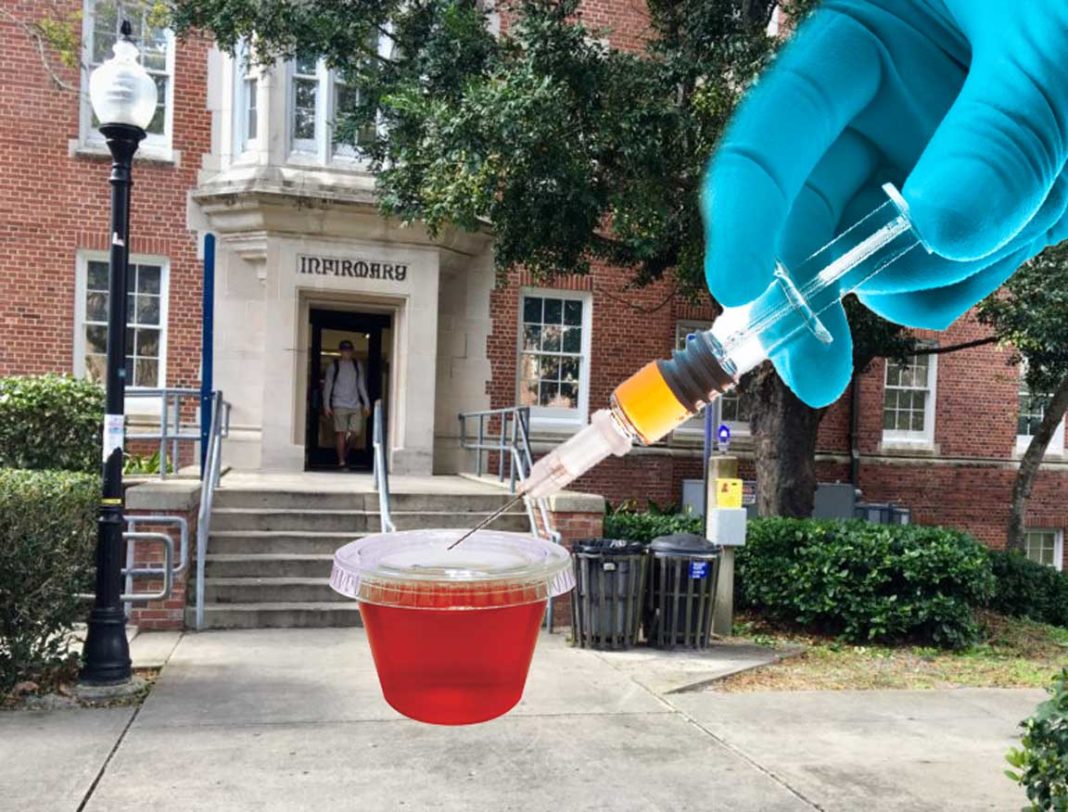 With flu season kicking off, the UF Student Health Care Center has created a new initiative to motivate more UF students into getting their flu shots: offering a complimentary Jello shot with each vaccination.

The initiative, dubbed “Shoot the Flu” has been a great success so far. Early reports show student turnout increased by 600% compared to last year’s statistics.

“We seriously underestimated the influence of free alcohol into making responsible decisions,”

Said a representative from UF Health.

Shots must be taken onsite at the infirmary, but a shuttle is available to drive students in order to prevent drunk driving. 100% of all students utilizing the shuttle have taken it directly to Bricks Nightclub after.

The center boasts more vaccinations given, but longer wait times, as nurses and doctors get roped into drinking games with their patients. Additionally, higher numbers of sick patients have been reported at UF this year.

“While no one can prove the correlation, there’s a vague possibility it is due to students using this initiative as an excuse to start drinking at 1pm.”

Although it is highly unlikely that this program will last much longer, all the participants have agreed that it was fun while it lasted.

The Student Health Care Center could not confirm or deny that they would soon be serving hunch punch along with the free Gatorade.