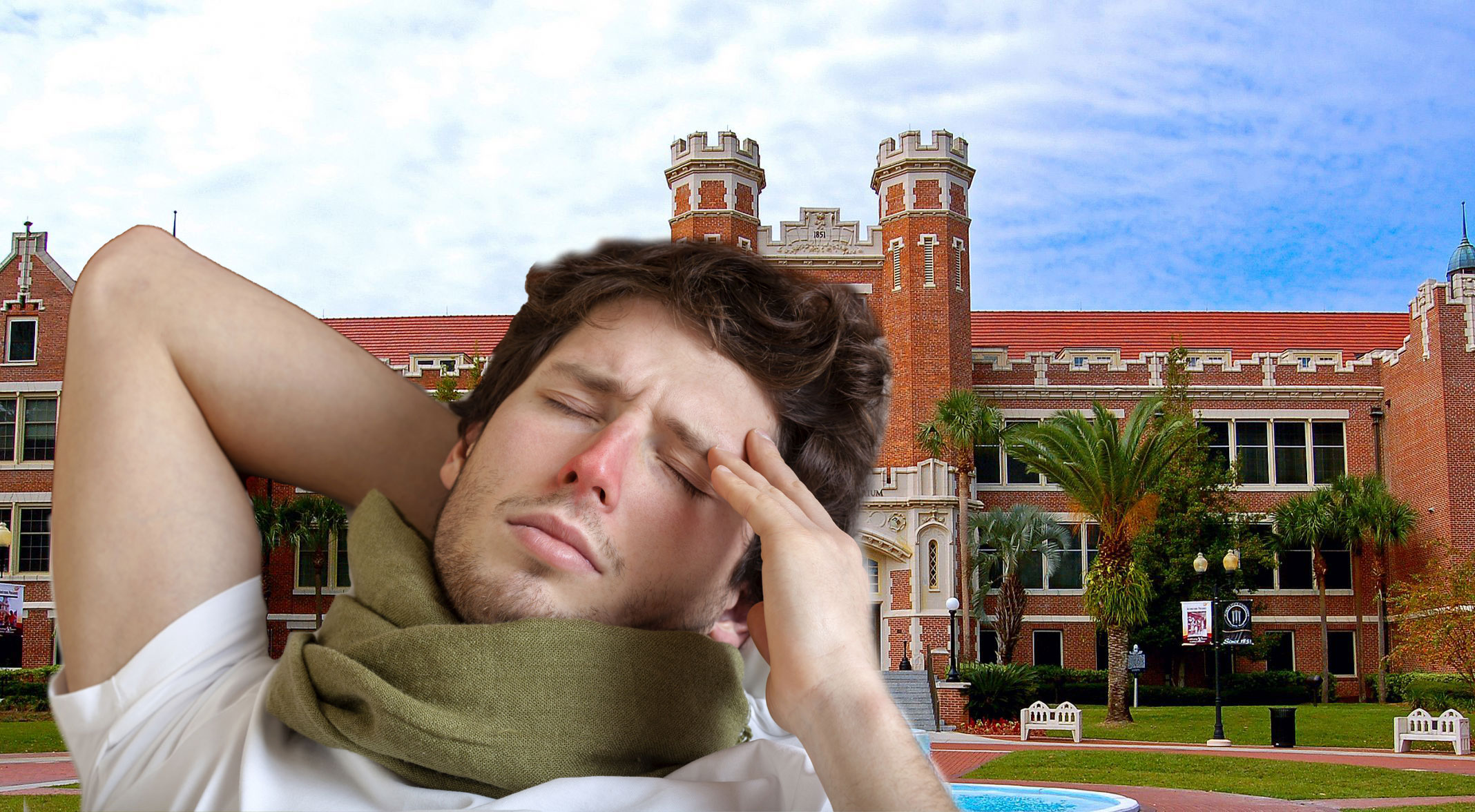 In reaction to an outbreak of Hand, Foot and Mouth disease at Florida State University, UF Health physicians are urging any UF students to wash their hands immediately after any interaction with an FSU student.

We are still not sure what “Hand, Foot and Mouth disease” is but it has “disease” at the end so we would assume that it’s pretty serious.

“The disease is very serious,”

A nurse from the UF Infirmary told reporters.

“Seriously weird! Really though, what the heck? How did they contract this?”

Many medical professionals are still unsure if the outbreak of the disease is legitimate, or just a hoax that FSU has pulled to gain some publicity.

“I wash my hands after getting near any FSU student anyway,”

“I’ve been doing it for 6 years as a precautionary measure and it finally paid off.”

Researchers are comparing this outbreak to the great chickenpox plague of 2009 and when everyone had “upset tummies” in 2014. In both situations, over half of the student body was given two doses of children’s Motrin and was allowed to watch Barney until they felt better.

“There’s just something about FSU students and catching diseases meant for children,”

“Well they get those other diseases all the time, but that’s not really a surprise to anyone.”

It is believed that the disease first gained a foothold on campus when a freshman brought his 1-year-old daughter to his dorm room and let her touch his pillowcase. After the student was infected, he simply went on a touching spree, inflecting everything from doorknobs to whatever-else-they-touch-at-FSU.

While professionals are wary of the disease spreading to UF campus, they are confident that the student body has enough common sense to wash their hands every once in a while and not touch everything that exists just for the heck of it.

“We’re already miles ahead of any developments, as most students here shower and even brush their teeth regularly.”

“But for the love of all that is holy, STOP standing on the steam vents! It’s not sanitary!”