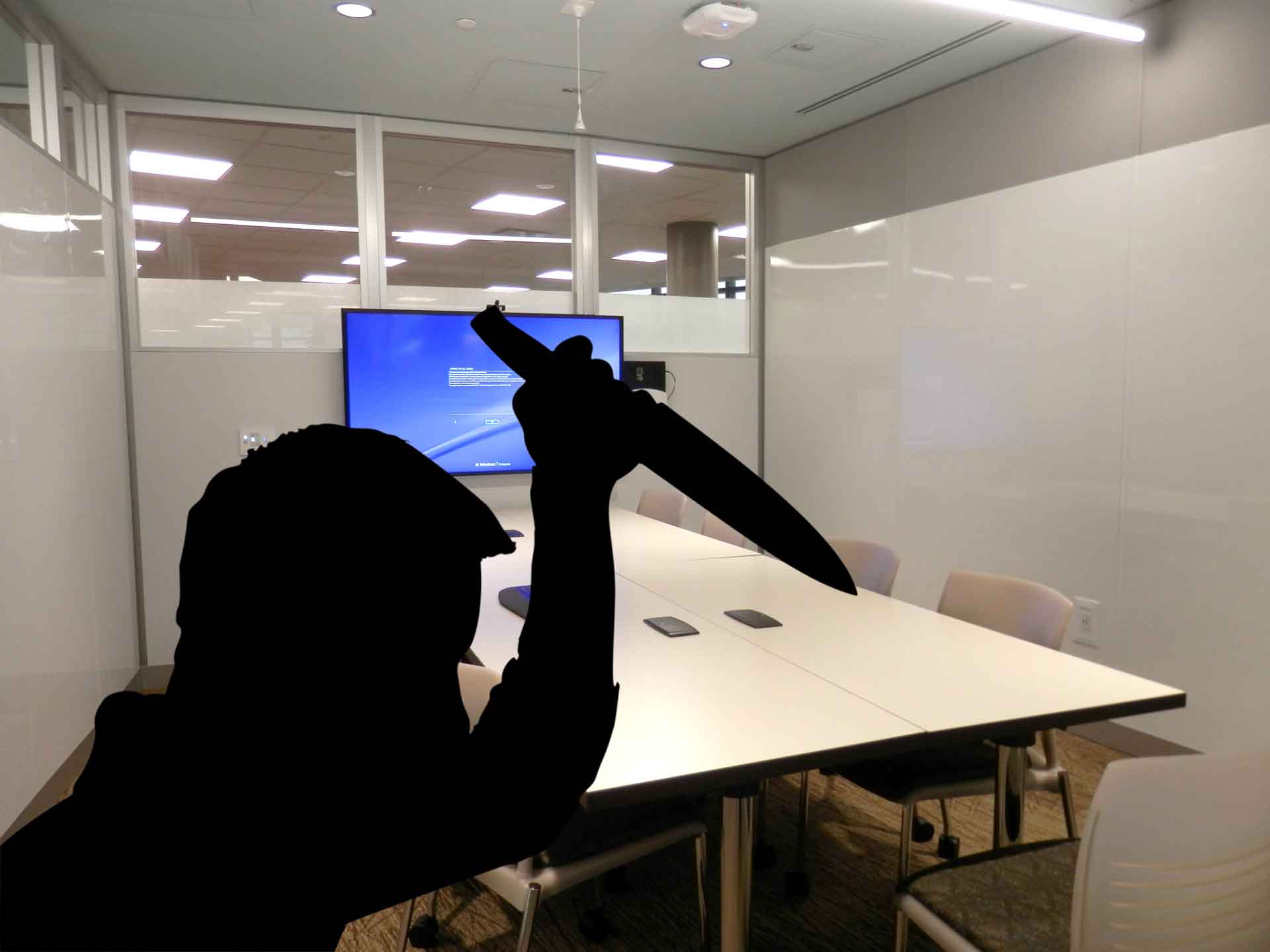 When it comes to booking library study rooms, every University of Florida student has felt the urge to commit murder. Thanks to a revolutionary new ordinance, Alachua County has unanimously voted to decriminalize killing people who overstay their booked study room time.

“Frankly, if you hog the study room, you deserve to die,”

“This may be the Swamp, but it’s not the wilderness. We need to enforce justice.”

Recently, professors teaching online courses found that thousands of students had taken a blood oath to forever serve and worship the great Quizlet goddess. This discovery has directly contributed to a rise in monitored ProctorU tests, and therefore, the need to book study rooms has vastly increased.

“I have a roommate, so I can’t take ProctorU tests in my dorm,”

“He’s a part-time SoundCloud rapper who blends the genre with lo-fi yodelling. I really regret signing up for a random roommate.”

As part of the University of Florida’s U Matter, We Care initiative, students who overstay their study room time can choose how they want to be punished. Potential options include Gatorade waterboarding or being slowly suffocated inside the Albert costume.

“I was so inconvenienced when this one girl was in my study room for twenty-three seconds longer than what she signed up for,” linguistics major Naomi Rowe said. “I made sure to say some passive-aggressive comments to her after I kicked her out, but she deserved more serious consequences. Thanks to this new ordinance, I can live out my dreams of killing my enemies without legal consequences. It’s great to be a Florida Gator!”