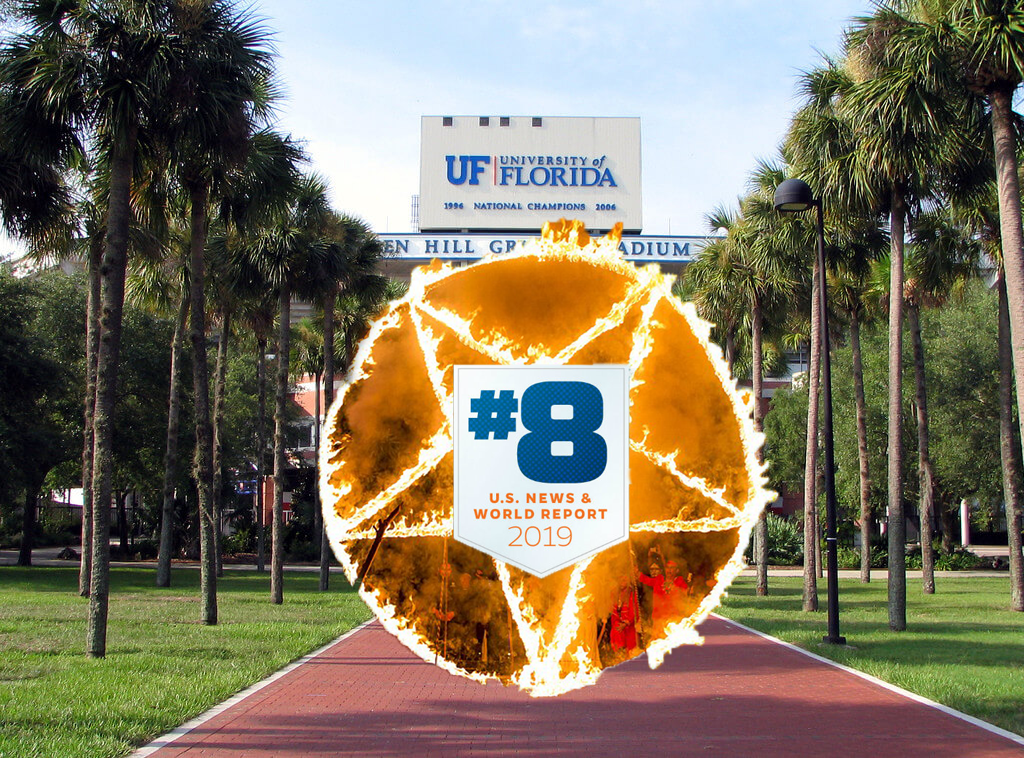 The University of Florida has been steadily climbing the U.S. News and World Report rankings over the past few years, and this month, the publication released its 2020 list for best public universities. UF gained the number seven spot. What does it take to make the top seven? Blood sacrifice.

After UF broke the top ten, a new tradition was created. Each year, following the release of the U.S. News and World Report, a freshman is selected at random for sacrifice to thank the publication for UF’s ranking. Allegedly, this ensures an even higher ranking for the next year.

On Saturday, September 14th, under the light of the full Harvest Moon, the college ranking deities received their payment.

The freshman sacrificed for the ritual, Allie Gateaur, was unexpectedly composed. At the same time, she was surprised at her selection.

“I didn’t think I’d be in the running for this.”

“After all, I’m not really a freshman. I’m actually a junior, by credits anyways. I tell that to everyone on campus too, now I’m starting to wonder if this really is random”

Gateaur continued to list off every single AP and dual enrollment course she took in highschool.

The blood sacrifice policy, while controversial, has proven to be extremely effective. With every freshman UF ceremoniously murders, the school climbs the list, with a top 5 ranking only a few more sacrifices away.

News of this policy has spread to other universities, especially ones that are falling behind in the rankings. Florida State, for example, began implementing freshman sacrifices in 2018 in hopes of coming anywhere close to UF’s spot. In fact, they decided to kill off two freshmen. This resulted in the seemingly inexplicable jump in FSU’s ranking, from last year’s number 26 to this year’s 18.