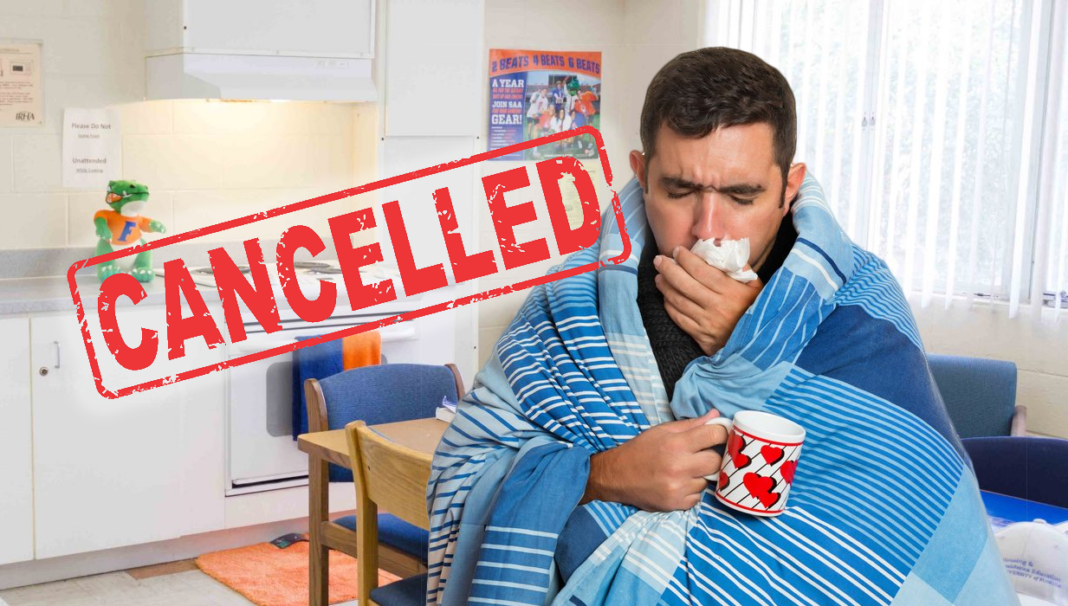 Flu season. It’s that time of year when everyone chugs Nyquil and stuffs their trash cans with tissues. However, this year UF has made the controversial decision to cancel flu season entirely to allow students to focus on upcoming midterms.

A representative from the University of Florida shared this information during a press conference this week.

“It was a difficult decision”, the representative said. “But after much deliberation, and attempts to reschedule, we came to the conclusion that cancelling flu season all together will be most beneficial. Sacrifices like this will help us achieve that all-important Top 5 Public School ranking.”

UF’s infirmary also had a large say in this consensus. During flu season, nurses are on a jam-packed schedule, seeing hundreds of flu victims every day. Local pharmacies were also anxious about the potential shortage of medicine if flu season were to occur again this year.

Students are both pleased and disappointed with this recent news. UF senior Alan Smith is particularly taken back by the cancellation.

“Flu season is my favorite season. I get to watch a lot of Netflix, and my mom usually sends me a care package. I guess I just won’t get one this year,” Smith said.

University of Florida representatives knew that the news would have mixed reviews, but they said that they are confident with their decision.

This is the first year flu season will be cancelled, at UF, but if it turns out to be successful, it may not be the last.