Home Articles UF and LSU Expected to Kiss and Make Up at this Week’s... 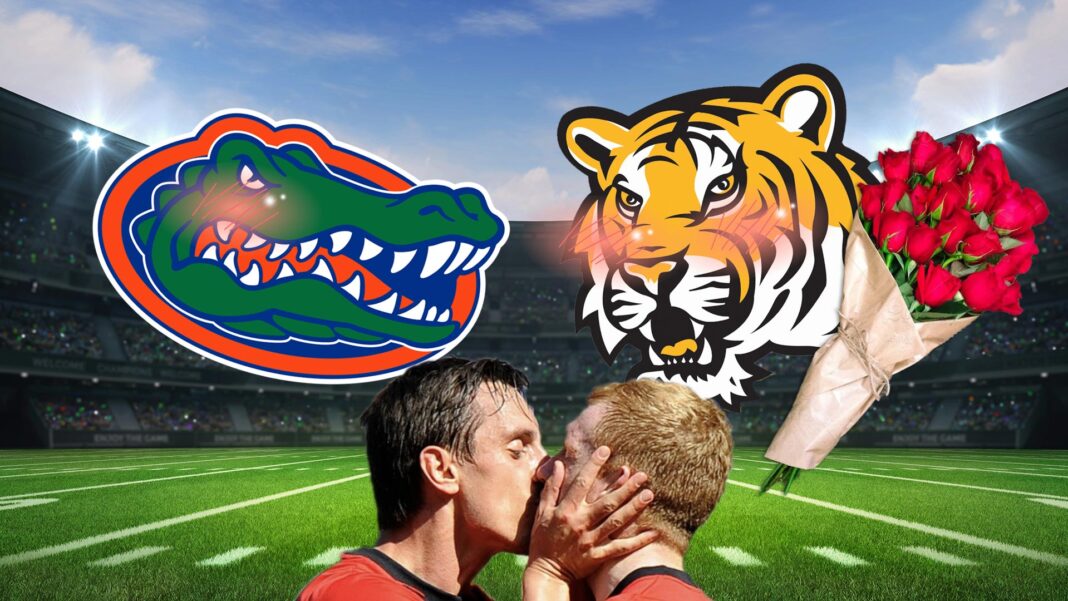 With UF’s next away game against LSU around the corner, sources are saying that this match may look a little different than the rest.

“I bet they’re gonna kiss or something,” @clowntroll69 speculated on twitter.

Many, such as UF fan Stacey Harrold find themselves excited for such a change of pace.

“Every time they play each other, the tension is palpable—all of ‘em chasing, grabbing at each other. It’s just, like, get a room already.”

Despite positive support like Harrold’s, the teams’ PR representatives have been working hard to dispel any rumors that may imply the game will deviate from business as usual.

“If people wanted to see romance, they’d go rent She’s All That on Amazon Prime,”

Asserted LSU’s Duke Manelly, who wanted us to note he’s never actually seen She’s All That, just heard about it from his girlfriend.

“Fans come to these games to see a bunch of twenty-year-old demigods beat each other senseless for entertainment, and—damn it—that’s what we’re gonna give them.”

When approached personally for comments on the rumor, UF and LSU remained vague.

LSU admitted they knew they were meant to be rivals with UF but said they were growing tired of fighting, as they twirled a strand of hair bashfully.

“Maybe we’d be better off kissing a little bit…not that UF would want to or anything. I’m literally such a weirdo.”

UF mused that no one truly knows what will happen, until they’re out their on the field – which they told us while applying a layer of vanilla Chapstick to their lips.

“You’re on the field, adrenaline racing. You lose yourself in the moment. The stadium lights get so bright you can’t tell who’s on your team and who’s on the other…”

Whether or not the rumor is true, fans can certainly plan on a tense game this Saturday and maybe—just maybe—the beginning of a tender love story.