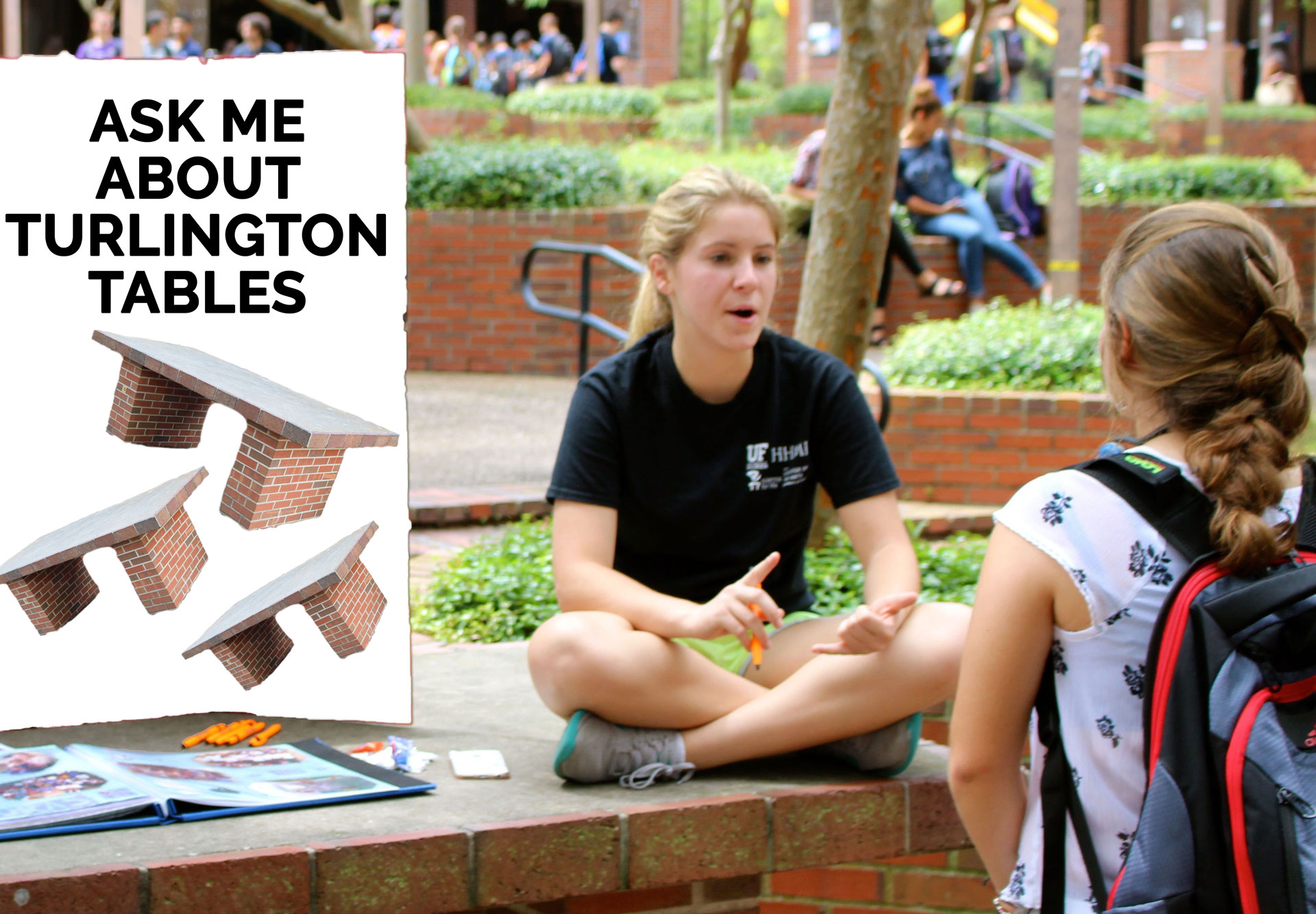 A new group has laid claim to that one table in the middle on the left at Turlington.

The “Turlington Tabling Group” or simply “the Tablez” have taken the iconic spot in a mission to raise awareness about groups that table in the titular plaza.

“We just really want to bring to light a little known issue, here. Many kids have no idea these tables are available for clubs to use,”

“We’re even having a free dinner tonight at eight for anyone who wants to join. We’ll be discussing the merits of banners vs. tents.”

Gio and her friend Alex Lansing are currently the only two members of the Turlington Tabling Group, which was formed just a few days ago. Despite the lack of a large initial reaction to the group, Gio and Lansing hope that even the most chronic of flyer crumplers will see their message.

“Our mission is simple: to Table here at Turlington until everyone knows about the Turlington tables.”

He also noted that many kids show no reaction at all when a table tries to attract their attention, despite the allure of goodies like Krispy Kreme donuts and pizza that’s been lukewarm for at least an hour.

Some critics of the group say that it will have no impact on the atmosphere of Turlington.

“Look, I see the food but I’m not going to post an Instagram photo or give $1 to your charity for it. Free should be free.”

Past studies on flyerers indicate that the group will last approximately 3 days until they give up because it’s too hot.