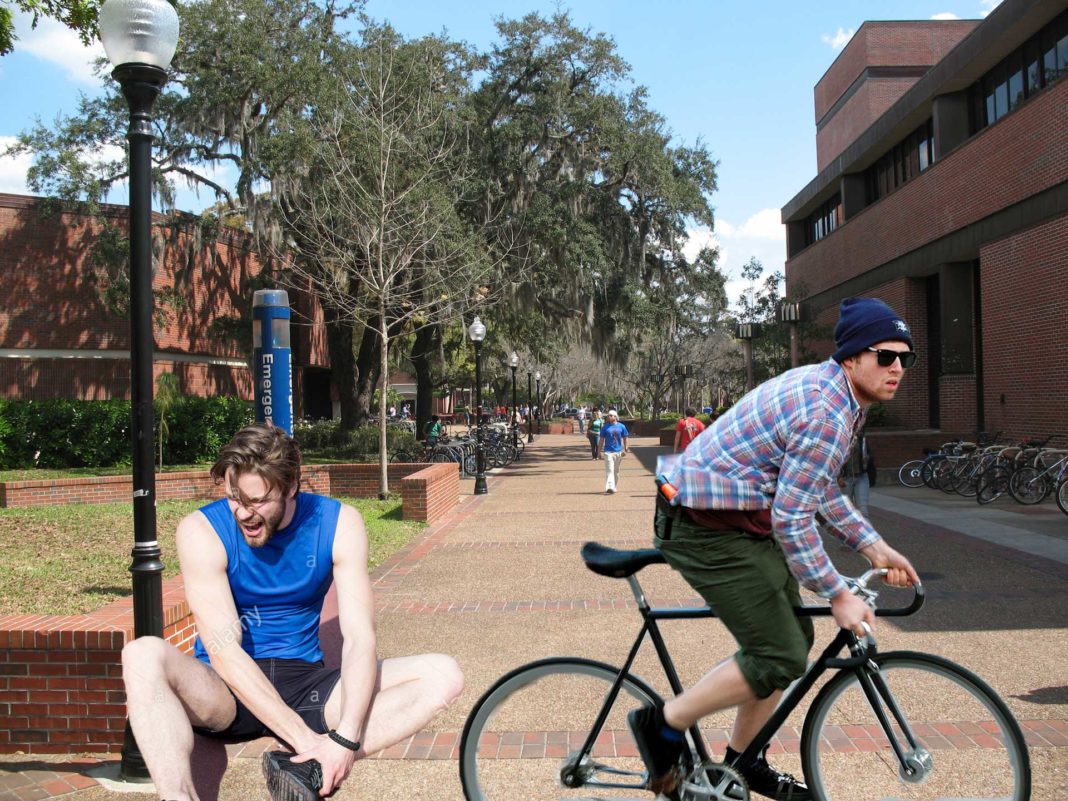 A sacrilegious bicycle rider known as the Turlington Biker has been terrorizing innocent people in Turlington Plaza. Students are cowering behind The Potato with bruised ankles and primal fear instilled into their hearts.

Sasha Deningham, a junior statistics major and Airpod user, was the first victim.

“I was so lost in the euphoria of Old Town Road that I didn’t hear the squeal of underinflated tires behind me,”

“The Turlington Biker swerved in front of me, causing me to stumble and fall. Then, he plucked a single Airpod out of my ear and swallowed it while retaining eye contact.”

Phillip Jenkins, a Turlington preacher who guides people towards the loving light of the Lord by screaming at random students that they will burn in Hell for all eternity, described a chilling encounter with the Turlington Biker.

“The two-wheeled beast knocked me over like a spilled bowl of grits,”

“I prayed to God to save me, but to no avail. This biker proves there are forces more powerful than the Lord.”

Despite best efforts from the UFPD, the Turlington Biker’s reign of terror continues. Century Tower is now playing an hourly funeral march in honor of Deningham’s swallowed Airpod.

The biker has not been identified, and the incidents may in fact be caused by different criminals. The only common factor found between them is that they’re the type of person to ride a bike through Turlington during class change.