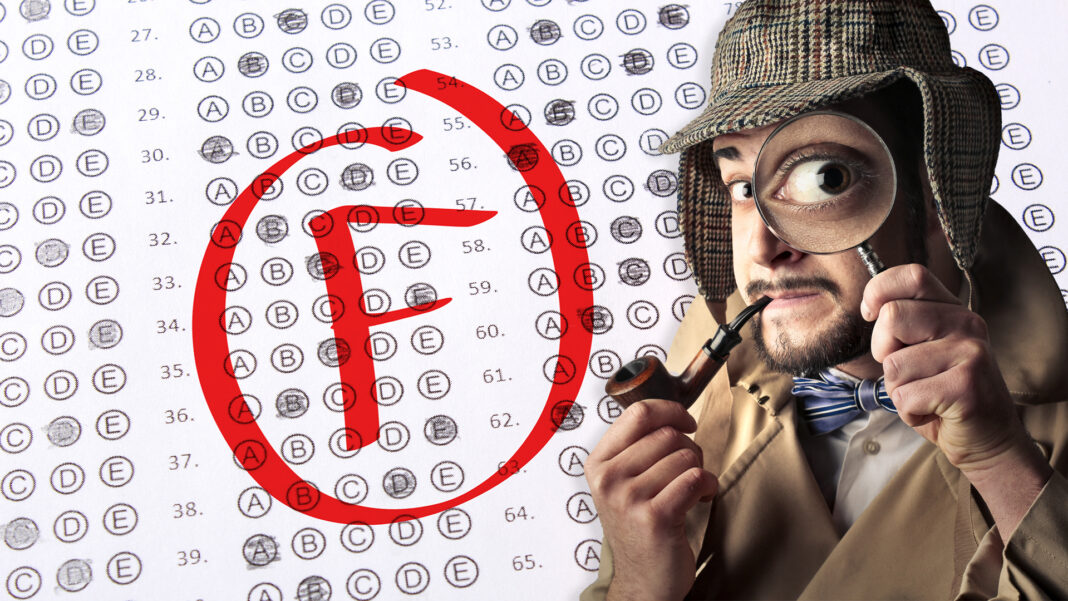 TURLINGTON – Against all odds, and after weeks of hard work and single-minded effort, a ragtag team of loveable misfits has succeeded in solving the mystery of their missing TA, resulting in the perpetrator’s arrest, as well as a failing grade on their assigned group project.

This scrappy outfit of rogues, misfits, and ne’er-do-wells began as a randomly-assigned canvas group. Their focus on the group assignment shifted when their TA mysteriously disappeared. The GPD suspected foul play but the group, unconvinced and quickly losing interest in studying, decided to dig deeper.

Despite their differences, this unlikely bunch would bond over their many late nights shared in the Marston basement. Ignoring canvas notifications of their many upcoming deadlines, the team took advantage of their reserved study room to organize clues, investigate leads, and question suspects.

“I don’t know what we were thinking. We literally had no professional training whatsoever for handling this CRIMINAL investigation!”

“There’s no Smokin’ Notes for MURDER!”

Sources confirm a setback in the case when a threatening comment was anonymously posted to the class discussion board: “GR0UP PrOJECT 17, INTERE$TING P0INT, I NEVeR R3ALLY $AW IT THAT W@Y. ALSO, DR0P THE CA$E, 0R eLSE!” The group replied to the post, and two others to receive full credit, before deciding to disband.

The discouraged team would very quickly reunite after Brooke Baughman, ’the jock,’ stepped up and delivered a rousing speech through their GroupMe chat.

The case came to a close on presentation day when the team delivered a comprehensive yet wildly entertaining summary of the investigation. Their Google Slides presentation, containing resolved clues, dramatic twists, and flashbacks, culminated with a conclusive unmasking of the culprit – the TA himself.

“It was quite the spectacle. I’m glad they could overcome their differences and finally work together as a team,”

“But there was nothing in the rubric about going on a coming-of-age mystery adventure.”

The group received a zero for the project, an estimated 50% of their final grade, having failed to produce any meaningful research for the assignment. Schwab later denied their appeal for extra credit, unable to see any connection between playing detective and learning Russian history.

At press time, warrants for the group members’ arrest were being issued. Officials had realized that the group’s presentation was an unintentional confession to withholding information and evidence from law enforcement.

“We didn’t need the police, we had each other!”

Said Ethan Mercado, once ‘the outcast’, now ‘the outlaw’

“I just wish the jury would see that.”