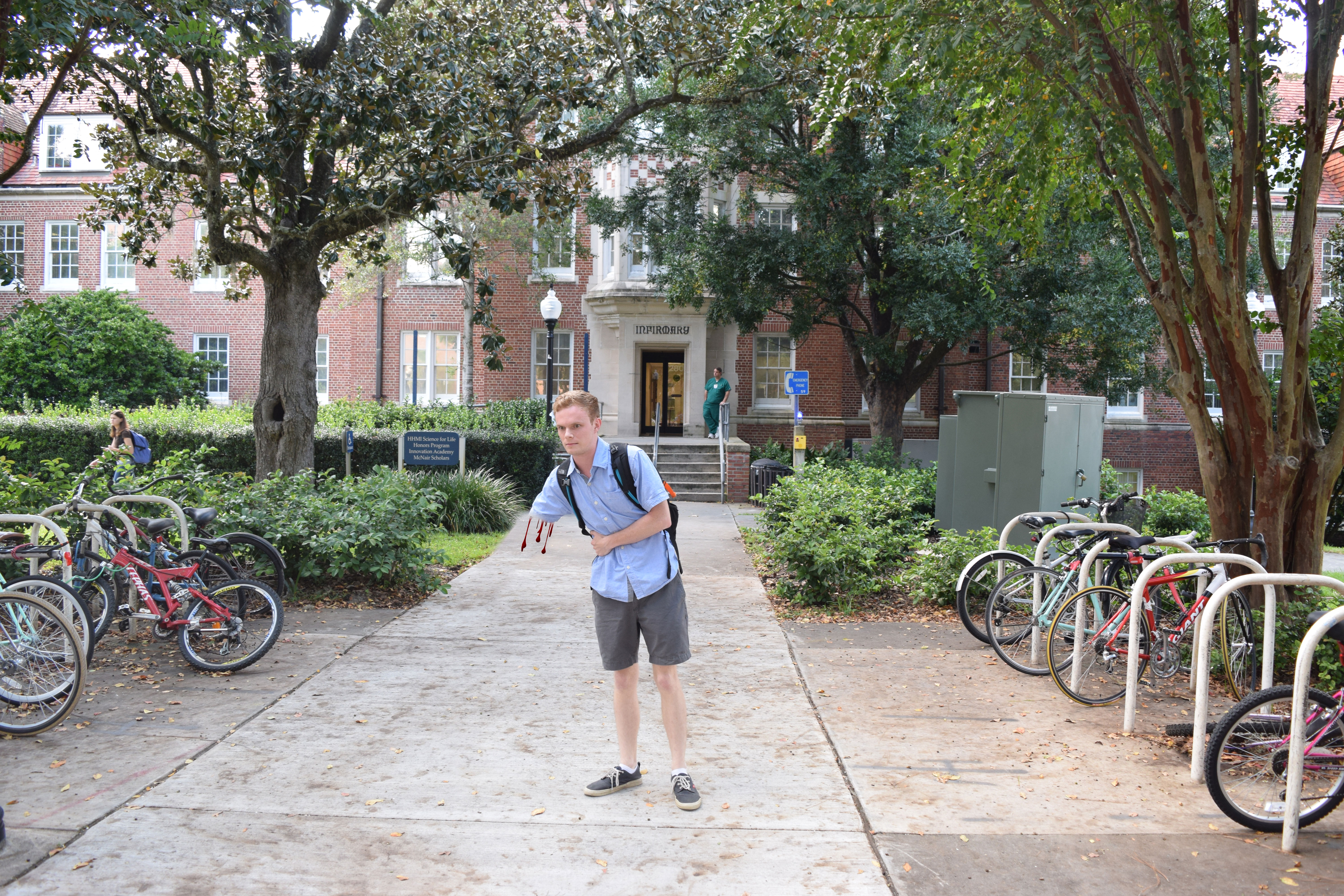 A highly qualified doctor at the University of Florida’s student infirmary checked the symptoms of a student who walked in after having his right arm severed by a bus and determined he had the common cold Friday, according to sources.

Student Jeffrey Ting, a junior studying advertising, had his right arm violently ripped off by a Gainesville RTS bus Friday morning. After looking himself over, Ting decided the best option was to head to the UF infirmary.

When Dr. Michael McOwen saw Ting limping in, blood gushing from his open wound, trying in utter futility to tie a makeshift tourniquet around his arm with his other hand, he had his suspicions that this could be none other than the most ubiquitous disease in the history of humanity: the common cold.

“I checked his eyes, ears, and throat,” Dr. McOwen said.

He was running a slight fever, coughing up a small amount of phlegm, and frenziedly bleeding out all over my floor: all symptoms of the common cold.”

As Ting desperately searched around the room for something to cauterize the still-gaping hole where his arm used to be, Dr. McOwen diligently pulled out a pamphlet entitled “Taking Care of Your Cold” and advised Ting to drink plenty of fluids and constantly wash his hand.

Unfortunately, Dr. McOwen had no grounds to write Ting an absence excuse note.

“The common cold is only mildly contagious,” Dr. McOwen said, stepping over Ting’s writhing body on the office floor. “So there’s really no precedent to excuse somebody from class. We take attendance very seriously here.”

Despite the bad news of having to attend class despite a possibly infected, self-corked crater on the right side of his torso, Ting couldn’t be happier with the care he received.

“I love the services at my school,” Ting choked out, his skin turning pale, life draining from his eyes.

I just hope I don’t get my roommates sick.”