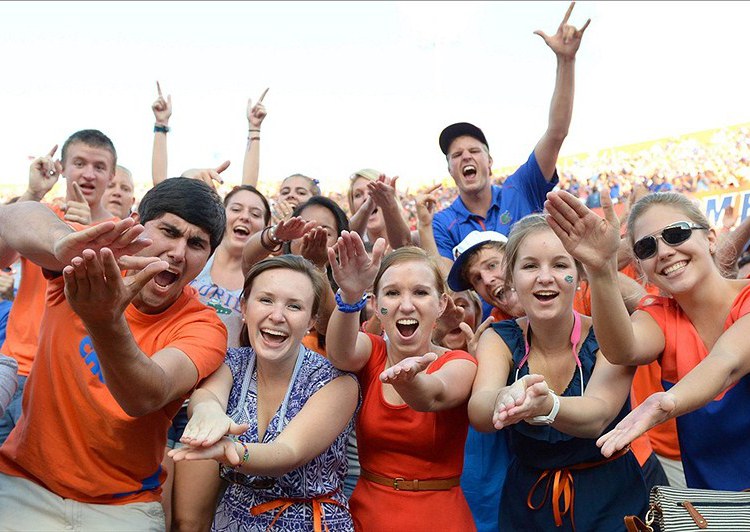 A University of Florida student visiting New Orleans for the football game against Louisiana State University is reportedly too drunk to comprehend that UF has lost in the game Saturday night.

Despite watching the entirety of the nail-biting game, Hartford’s severe inebriation prevented him from understanding any of the events. Some of Hartford’s fraternity brothers stated that he appeared to be “stoked as hell.” According to his friends, Hartford is usually quite disheartened by a Gator loss.

A lifelong Gator fan – and legacy in UF’s chapter of DIX Fraternity – Hartford has been cheering for the Gators for years. Described as “Tim Tebow’s number-one fan,” and “someone who literally bleeds orange and blue,” it is unsurprising how devoted Hartford was to his Gators.

While the rest of the Gator Nation was mourning the end of the Gator’s 5-0 winning streak, Hartford suggested starting a new game of Flip Cup.

When asked about the loss, Hartford said, “Bro, I love the Gators. They’re gonna be National Champs, baby. Undefeated!”

After his fraternity brothers declined to play the popular drinking game with him, Hartford left their hotel and ran into the streets to celebrate what he believed was a Gator victory. Hartford was last seen singing the Queen song “We Are The Champions” on Bourbon Street to the hordes of LSU fans in purple and yellow.

There is no word yet on how Hartford will deal with the knowledge that the Gators lost to the LSU Tigers once he comes to Sunday morning. Colton Remington, Hartford’s Little, has said that Hartford is usually “super down when the Gators lose. Like he’s all depressed the Sunday after.”

UPDATE: After Hartford found that the Gators actually lost he immediately went back to drinking.