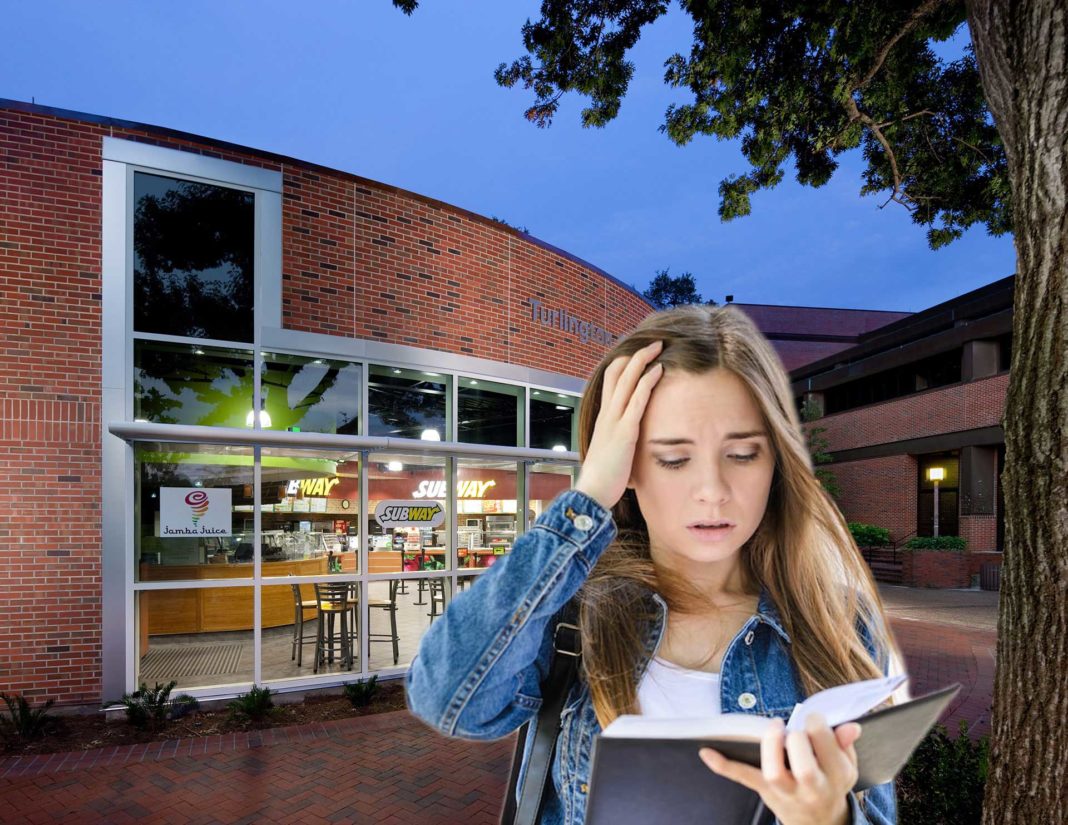 According to one engineering freshman, Jamba Juice has taken another victim. Doug Hickman, 18, reportedly entered the Jamba Juice line for a healthy and quick breakfast on a Monday, and ended up leaving on a Saturday.

“I know I probably should have left after the first 36 hours, but I just wanted a smoothie so bad.”

“The concept of time is different when one enters a Jamba Juice,”

“Jamba Juice blenders not only operate at .5x speed, but also outside the physical laws of nature.”

Doug said that he missed all five of his final exams and is now filing an appeal with the University to avoid automatic failure. The University of Florida rarely allows such appeals to go through, even though Doug explained he was required to write a three page essay on priorities for the process.

“This university knows full well what Jamba Juice is capable of,” said Doug. “I’m a good student, I would never just miss my exams. I take school very seriously. I’m a junior by credits.”

However, one big question still remained: what was the smoothie at the center of this scandal?

“I don’t even know what I ordered,”

“I passed out three times from exhaustion while in line. I think the smoothie has strawberries in it? I honestly couldn’t tell you.”

In unrelated news, Jamba Juice will be giving out free samples next Monday in Turlington. Be sure to get in line early, these things tend to take a while.