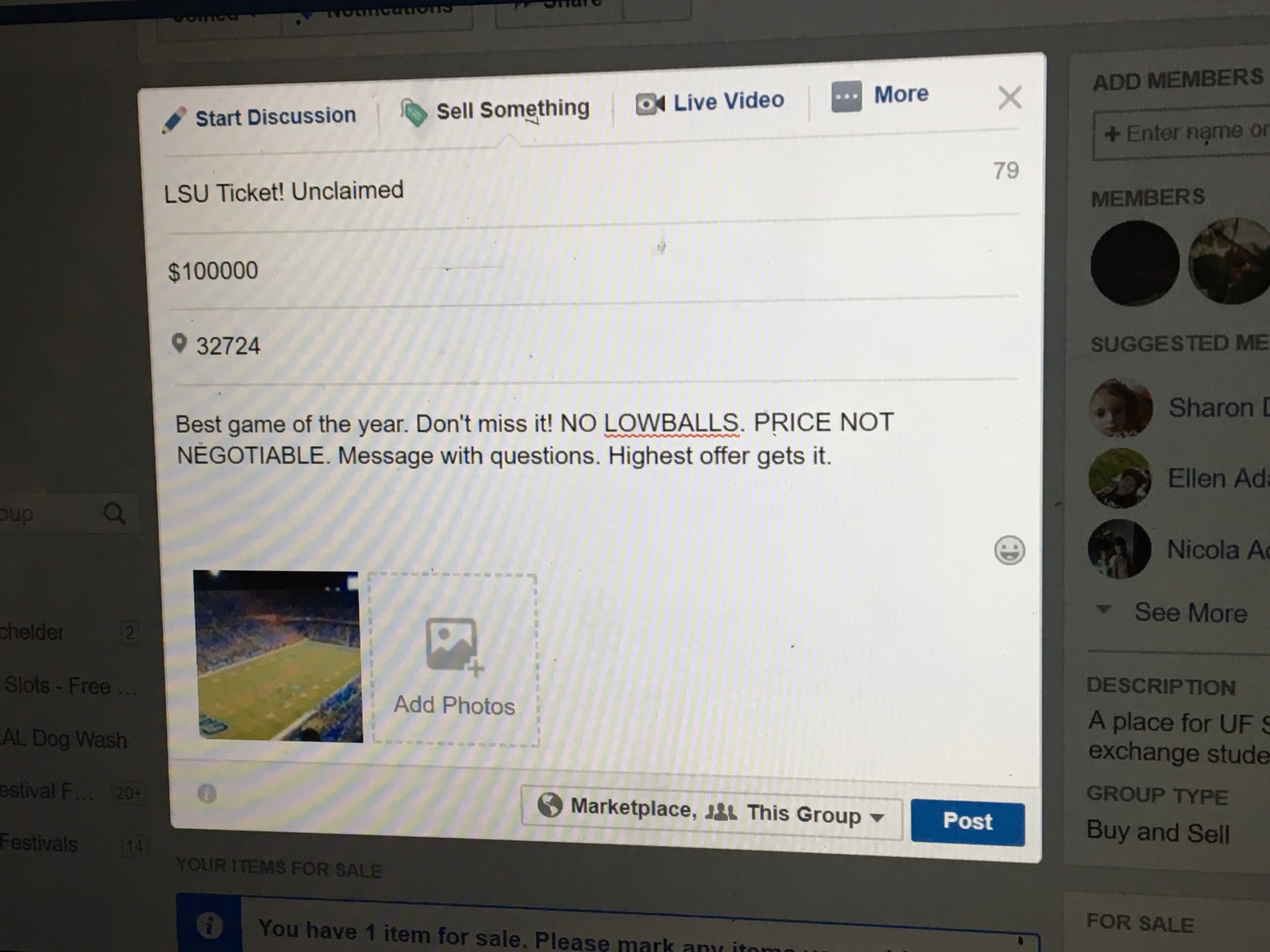 One student has reportedly suffered from some kind of existential crisis after selling his unclaimed LSU football ticket for almost 5 times the price he paid for it.

Kevin Oster, 20, said he sold his football ticket on the Facebook page, listing the price as $90, thinking that he would be negotiated down to a much more reasonable amount. However, much to Oster’s surprise, an eager freshman happily offered to pay the listed price.

“At first, I was obviously pretty stoked, $90 is enough for me and all my friends to get one beer at game day prices,”

Oster said, who is currently majoring in economics.

“But the more I thought about it, the worse I felt. What kind of person does this make me? Will I next be selling overpriced knives to stay at home moms?”

Oster’s acquaintances said he hasn’t been the same since he met the freshman, Lilli Dorman, at the ticket office on Thursday morning. According to his roommate, Steve Swartz, Oster has spent most of his time reading Wikipedia articles about utilitarianism and googling charities he can donate blood to. No amount of telling the 20-year-old that he was one of thousands of students doing the same shady thing was able to snap him out of his panic.

“I’m pretty sure this was his first time selling an overpriced football ticket, poor kid.”

“By the time he sells his FSU ticket for $200 he’ll be getting used to the angry emoji comments and lowball offers.”

Oster said he reached out to Dorman Friday afternoon to apologize, and offer to give her a partial refund. Oster even offered an invitation to tailgate with his friends, with all costs covered by him. However, Dorman said she was confused by his eloquent apologies.

“I don’t even have that ticket anymore, I completely forgot about it. I sold it this morning to some guy on the road with a sign that said ‘need tickets, will pay.’ I made a pretty good profit, too.”