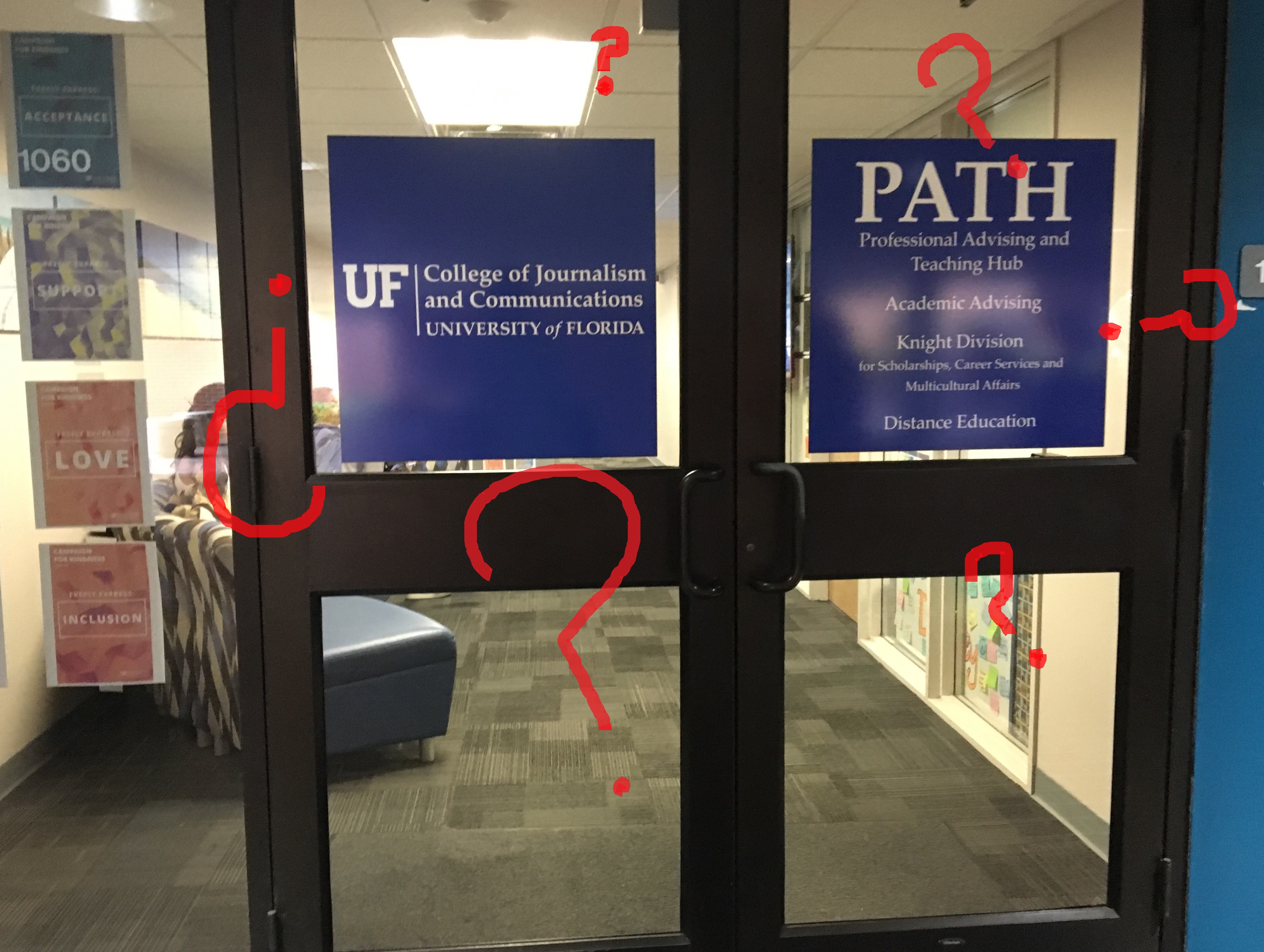 It is typical for students to seek help from their advisor during stressful times of self-doubt, but John Ridel, a sophomore Business major, is concerned with how little advisors actually help.

“I thought I had a pretty clear understanding of the classes I needed, but I guess I was totally wrong,”

Ridel said after visiting his advisor. Where he was greeted with a ‘The Doctor Is In’ sign on her office door because she thought it was funny.

“She had made brownies for anyone who needed ‘extra help,’ so when I told her I had genuine concerns about my scheduling of classes, she seemed pretty disappointed.”

For more than two hours, Ridel was told of courses he would need, several of which related to his major in no way, such as Study of African Knitting (SAK2400). When he asked her about potentially switching majors to something he might enjoy more, she encouraged him to stick with it.

“She told me that business sounds hard and not many people will do hard things so it’s totally a good idea,”

Ridel said, wondering why he now has two 1 credit labs for sciences he was never enrolled in.

UF has been noticeably silent on their advisor-hiring practices and several students, one of which is junior Amy Mcshaw, have claimed they knew the method has been questionable for quite some time.

“I swear that I once saw a homeless guy reading a letter sent to him by UF requesting his skills as a student advisor, and he was only here to avoid the cold weather up north.” Mcshaw says.

While Ridel is thankful that UF has people available for advising, he tells us that he is more likely to call his mom next time he needs help.

Syllabus Week Stood Up by 55,862 Students