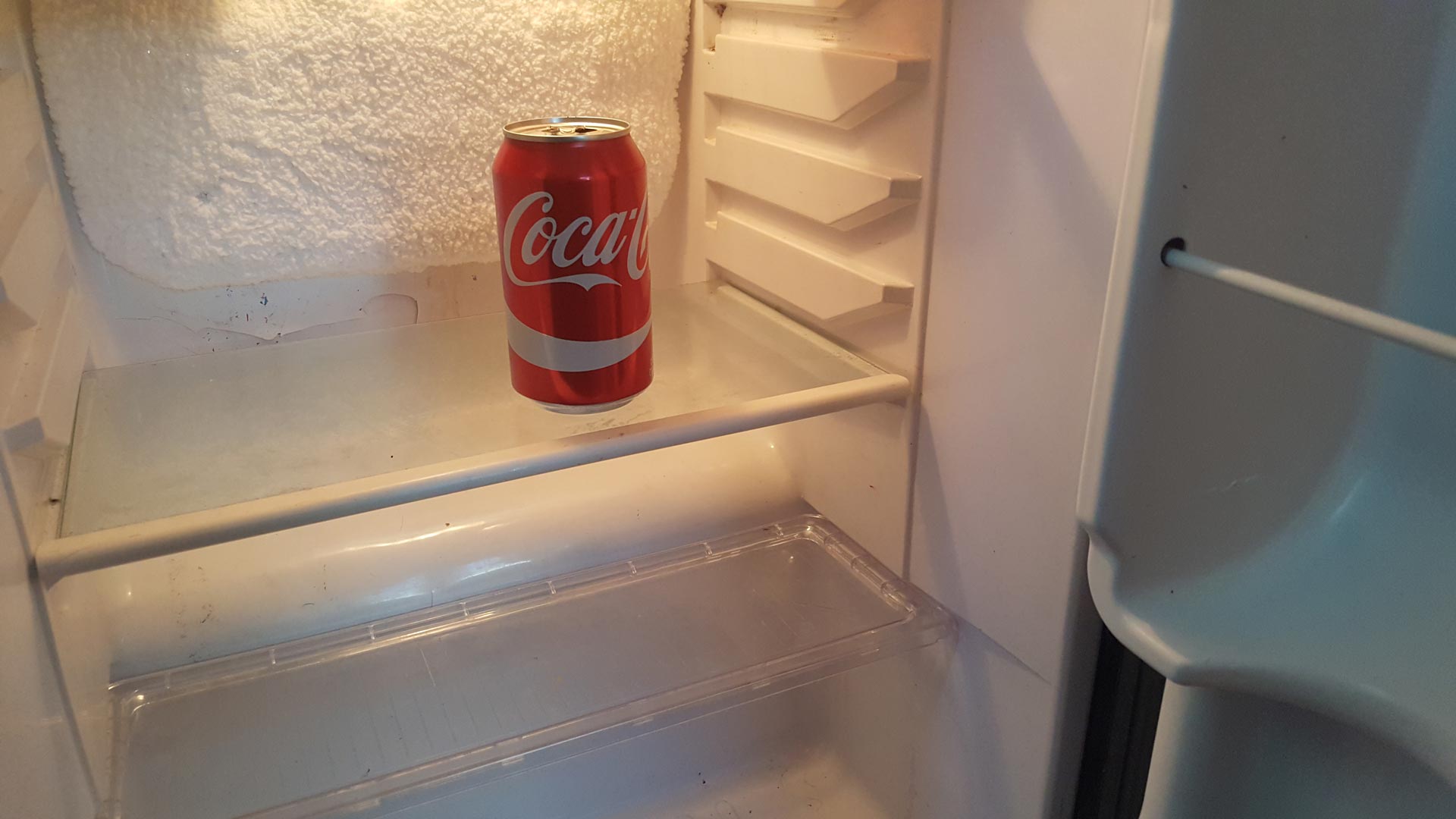 A UF student reportedly barely managed to hide a contraband can of Coca-Cola™ in his mini fridge before his RA arrived for a room inspection this week.

Sophomore Tommy Jones reportedly was heard muttering “I’m doomed. Doomed!” and “Oh god, please don’t kick me out” after he realized that room inspections were beginning while he had yet to hide a stray can of Coke Zero.

“I wanted to hide it behind a bookcase that was secretly a door or something, but then I realized I didn’t have one of those,”

Jones said through the phones at the University Detention Center.

“I should probably have been more prepared, but I always thought random room searches were a myth, like the third 20 bus.”

As he searched for the contraband can, his RA John Kane made his way down the hallway, accompanied by the Imperial March, which was being played by another student, George Matterson, on his laptop without headphones in the common room.

Jones said he eventually found the can nestled between his pile of dirty clothes and his other pile of dirty clothes. However, while trying to hide the soda he tripped over his 3 extension cords and barely managed to put the Coke can behind some other bottles in the mini fridge.

According to Jones, Kane then quietly knocked once, and immediately used a battering ram to gain entry and inspect the living quarters.

“Yes, the Coke can disappointed me, this is the University of Florida,”

“But not nearly as troubling as the 5 empty bottles of vodka in his fridge. I urge anyone in that situation to get help, for both the sodas and the drinking problem.”

Jones only received a simple citation of 9 months probation for the banned soft drink, but reports indicate that punishment would have been much worse if Kane had noticed the half-empty bottle of Powerade under his bed.