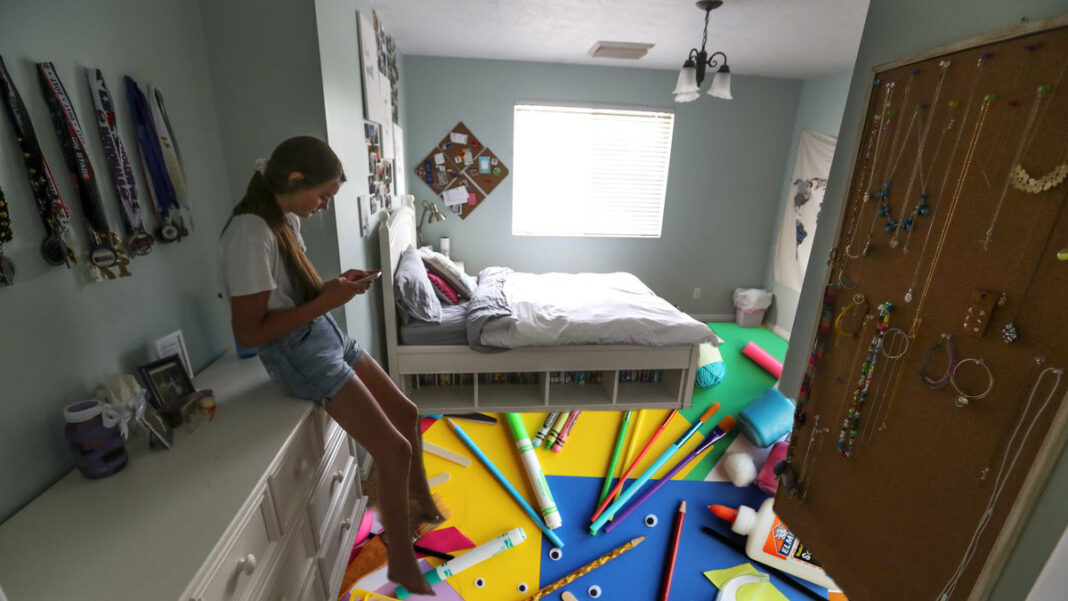 One psychology junior said she vowed to use her time in quarantine to finally pick up a hobby, do something productive, or find life’s purpose – however, she couldn’t seem to find success.

“But you need like 400 yards of yarn to knit a single pair of gloves, and even then I’m not sure I need gloves in central Florida. It’s just not a good investment.”

Dauer received encouragement from friends and family to keep trying her new craft so as to avoid the crippling boredom that comes with quarantining, but ultimately she decided to ignore them and to pursue a craft that she was actually good at.

“I moved on from knitting to something more my speed—abstract art.”

Dauer told The Crocodile while bandaging her crisped fingers.

“I was pretty confident I would be successful since I own pipe cleaners in every color from decorating my dorm 3 years ago. Turns out I should not be allowed to operate a glue gun.”

Students and young people everywhere are turning social media to show off their new skills and express themselves. Recently, new influencers and creators have been on the rise.

“I saw what everyone else was doing so I decided to try becoming a TikTok dancer,”

“It took forever to memorize the dance and my video only got 20 views and three likes. Clearly it’s the algorithm that’s the problem–there’s no way it could be because of my lack of rhythm or talent…”

Dauer’s family pleaded with her to pick one hobby and just stick with it, not unlike their battle to get her to choose a major by her junior year. For years they tried to teach her that skills come with time, but Dauer simply couldn’t comprehend why someone would continue to practice something they were bad at.

“I think I’m going to try my hand at kayaking. It costs a lot to get started, but I’m sure I’ll take to it,” Dauer confidently said.

Dauer has since battled with her decisions to become a Dazzler, change her major to engineering, and attempt to build a birdhouse.