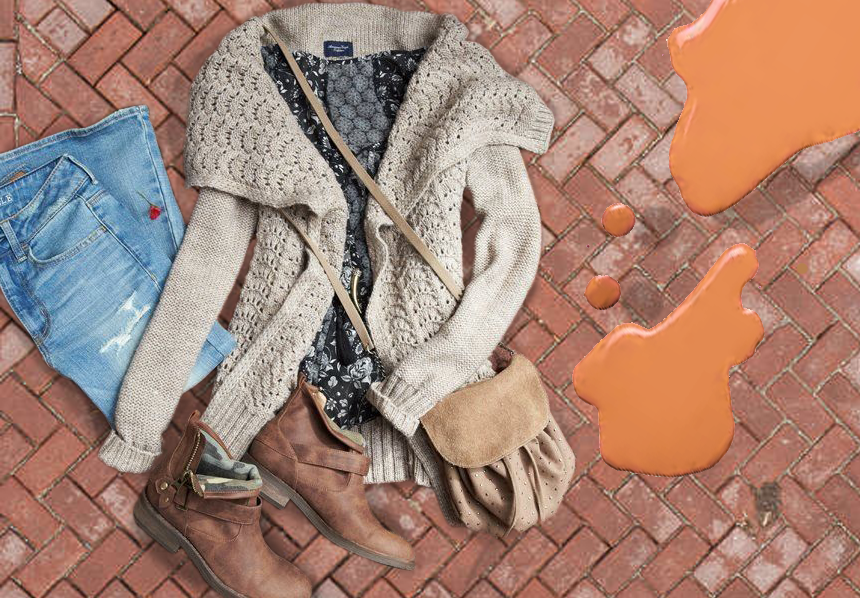 There hasn’t been much of a chill in the ‘Ville this fall, but that hasn’t stopped freshman Anna Roberts from pretending Florida has seasons. Recently, her dedication to fall fashion led her to melt in the heat of a Florida fall, leaving behind nothing but a well-chosen outfit.

After opening Snapchat and finding out it was a modest 75 degrees outside, Roberts broke out her favorite sweater.  Roberts was comfortably warm walking to her 8:30 lecture. By 11:00 A.M., the temperature had already risen to 87 degrees.  Roberts was starting to sweat.

Roberts was comfortably warm walking to her 8:30 lecture. By 11:00 A.M., the temperature had already risen to 87 degrees.  Roberts was starting to sweat. She refused to remove the sweater for the sake of compromising her outfit, and soon enough, little puddles of sizzling flesh began to melt off her body.

“What am I gonna do, take off the sweater? I paid $60 for this at Patagonia. I’m going to wear it no matter what,” said Roberts, according to witnesses.

She insisted on keeping the sweater on to get some cute pictures for Instagram, and is planning to caption them “sweater weather” with a leaf emoji.

Roberts began to drip even more throughout the day, and by the time the temperature reached below 80 again, her sorority sisters noticed she was missing.

“Anna wasn’t opening my snaps, so I knew something was wrong. I went to campus to look for her, and I found that Patagonia sweater she loves just sitting in Turlington,” said Jamie Ferrand. “I’m keeping it by the way. If I can wash this weird melted flesh out of it.”

Doctors at the Student Health Care Center were shocked to hear about the incident. They advise that students refrain from wearing sweaters until the beginning of February, when it might actually be chilly. However, they did agree that Anna made her last outfit of the day a good one.

“She died before she got a chance to wear her Uggs,” said Dr. Faye Shion. “But maybe it’s better that way.”