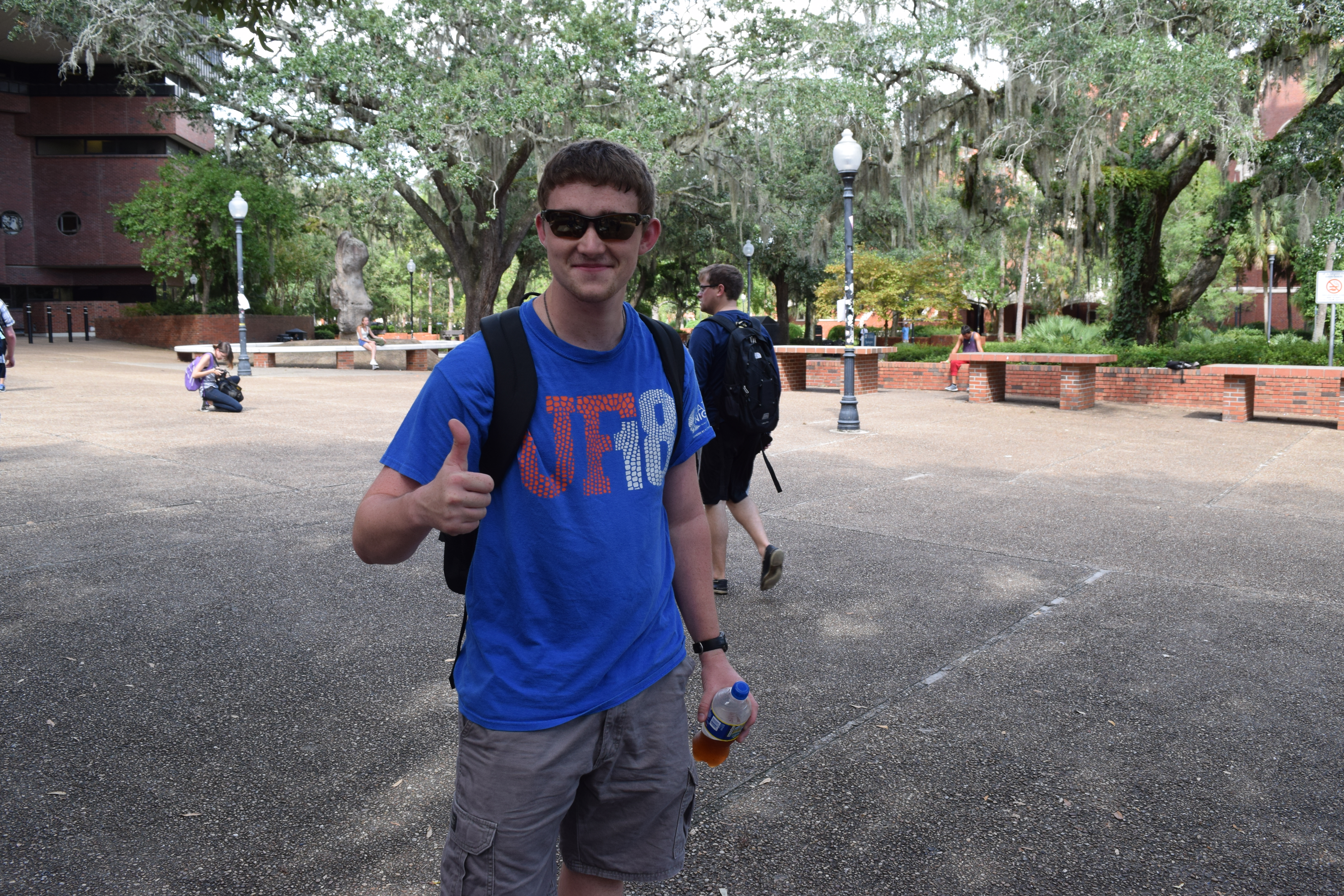 A second-year UF student made an exciting discovery this week, when he realized he can finally wear the class shirt he received at preview without being severely mocked.

Billy Lamio, 19-year-old engineering major, told reporters that due to a lack of clean clothes, he found himself leaving his Buckman dorm wearing the very same UF18 shirt he had been avoiding since his first week of classes.

“I never would have thought that not learning how to do basic chores like laundry would backfire,”

But once I realized I was going to have to wear that dreaded shirt, I thought for sure I wouldn’t make it through the day.”

Class shirts are notoriously looked down upon in the student community, equal to offenses such as wearing lanyards or man sandals. But Lamio’s experience seems to prove that the shirts have lost their negative connotation, and hundreds of sophomores are celebrating their newly-found freedom.

“When I saw Billy wearing that thing, I couldn’t believe it,”

People were actually making eye contact with him, and not one person pretended to throw up.”

Once word spread about Lamio’s discovery, the UF18 shirts have taken over campus; the true sign of acceptance being when sorority girls began to wear the larger sizes over their running shorts. Some second-year students were even seen receiving victorious high fives and tearful embraces as they joined the ranks of the superior upperclassmen.

There is no indication of how long one must wait to wear their class shirt, but Lorry informed our reporters via social media that the UF19 shirts are still “totally lame” and asks all freshman to “plz burn those lol.”