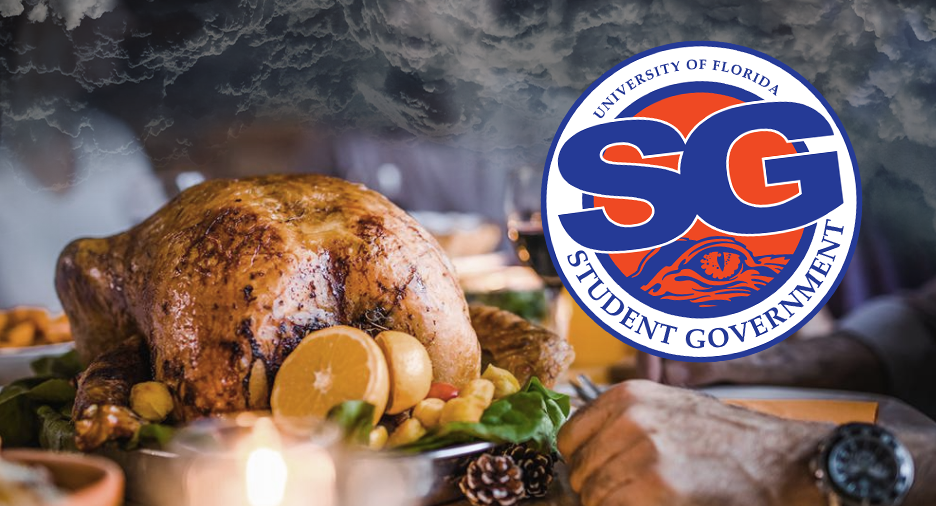 UF freshman Jenna Laughlin knew the political debate was inevitable when she sat down to Thanksgiving dinner.

“Especially in this political climate, debates should be avoided at all cost if we want to enjoy this holiday,” she said. “But my dad just had to rile everybody up when he started slamming the Impact party’s platform that so much of my family supports.”

John Laughlin, Jenna’s father, has been especially critical of the Impact party in recent years as allegations of Santa Fe collusion in Ian Green’s student body presidential election has been confirmed by an independent investigation.

“The special council Kent Fuchs’ investigation has slapped out a number of academic probations to a handful of Green’s cabinet already. It’s only a matter of time before he receives his subpoena to testify to Fuchs in lieu of these collusion rumors—that are probably true.”

This didn’t suit his sister Andrea, an avid Green supporter and Impact party fan since the beginning.

“You’re being obtuse. If there is any evidence of collusion, he would have been subpoenaed already. You just want him impeached because of his stance on midterm faculty evaluations and Florida bright futures. How can you politicize him when UF is now a top ten public university? You just wanted crooked Janae Moodie to win and now you’re mad that there’s an Impact majority in the Senate.”

Despite the fact that the two could agree on 24/7 libraries and increase in CWC staff, they butted heads over parking, office hours, feminine hygiene, free condoms, online voting and much more.

Jenna maintains her presence as the voice of reason in the household.

“It’s safe to say that it’s really weird that anyone cares about SG this much. But hey, this probably happens somewhere right?”

At press time her father and Aunt could be found drinking beer and smoking their respective cigarettes outside as they fumed about the dinner’s events.