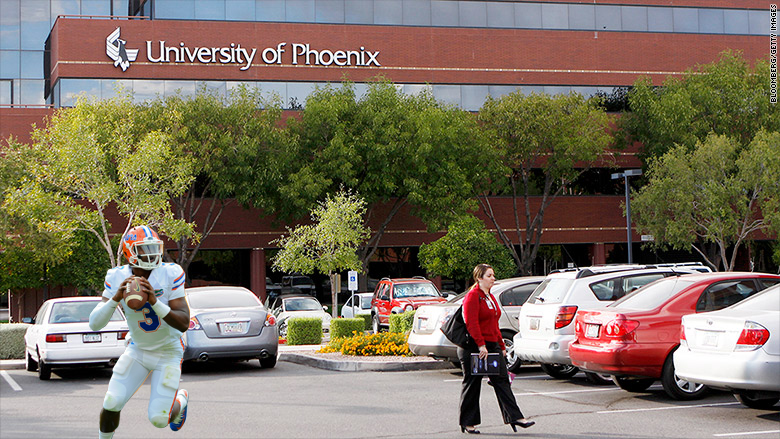 An infamous starter on the Gator football team has reportedly transferred to another institution.

Treon Harris, the quarterback who stepped in after Will Grier’s suspension last fall, is leaving the University of Florida. The former four-star recruit said he plans to take his talents to an unlikely program: the University of Phoenix.

“Is he going to be a starter there?”

With a host of new QB’s eyeing the starting job, Harris was reported to play wide receiver in the fall. However, the University of Phoenix made an offer that Harris couldn’t refuse.

“Just like its academic curriculum, the football program is very flexible,”

“I can practice, play and throw passes from the comfort of my own home!”

As a Phoenix, Harris will actually be running his new offense on a Playstation 4. He explained that he developed video game football skills during some downtime in his Florida career.

“At least online I won’t have a bunch of armchair quarterbacks telling me what to do,”

“Have you ever tried to throw a ball while 50,000 people are yelling at you?”

Although McElwain admits that Harris had his ups and downs, there’s a part of the coach that will miss his former quarterback.

“He was a good scapegoat, very reliable,”

With the season just around the corner, McElwain said he will be hitting the film room to prepare while Harris is still getting settled in to his new university.

“With all this talent moving around, we might have to consider the possibility of adding the University of Phoenix to the SEC conference,”

“They would replace North Texas, or whatever that one is called. Wait, are the Gators really playing them?”