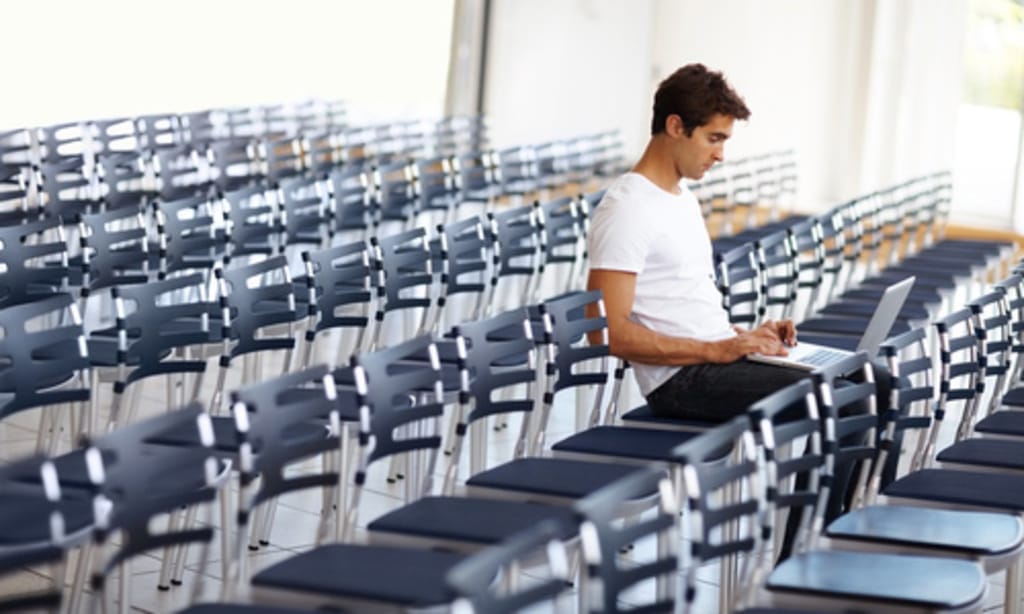 A final group project for an introduction to speaking class seems to have rapidly transformed into a final solo project for one freshman student, Logan Trase.

The project initially started off like a dream, according to Trase, as the classmates all exchanged phone numbers and added each other on Facebook– joking about how their project was “totally going to kill everyone elses.” But then after hours of sending each other funny pictures and GIFS in their GroupMe, Trase said everything started to fall apart.

“We agreed we were going to meet at Library West at noon, but all of a sudden every started saying they couldn’t make it,”

“It was horrible.  Every time my phone went off I thought it would be one of them coming to help, but it was just one more person saying they had food poisoning.”

From that point forward, multiple eye-witnesses report seeing Trase quickly fly into a state of panic. One student at a table nearby reported seeing him create the title slide for a powerpoint after which he broke into tears and left the room to call his group members once again.

“I felt pretty bad for the kid, I almost went over to help,”

“But I was watching a really funny video on Tumblr, and I figured he’d be fine eventually.”

After waiting for 7 and a half hours for his 5 groupmates to show up and help with the assignment, which consisted of creating a 2 minute long presentation introducing each member to the class, Trase told reporters he finally submitted to the idea that he was going to have to do it all alone. But after 3 hours of slaving over creating poetic descriptions of the people he had met once and hoping their Facebook profile pictures were actually of them, every member of the group finally showed up at Trase’s table.

“I don’t feel bad for not showing, I mean—we’ve all had our own share of solo-group projects before,”

Said groupmember #4 Grace Turble, who looked shockingly put together for having food poisoning 4 hours prior.

“I must say he did a pretty good job too, we even invited him to Cantina afterward but for some reason he didn’t want to come.”