Home Articles Report: Grier only juiced up on refreshing Pepsi™ and Gatorade™ 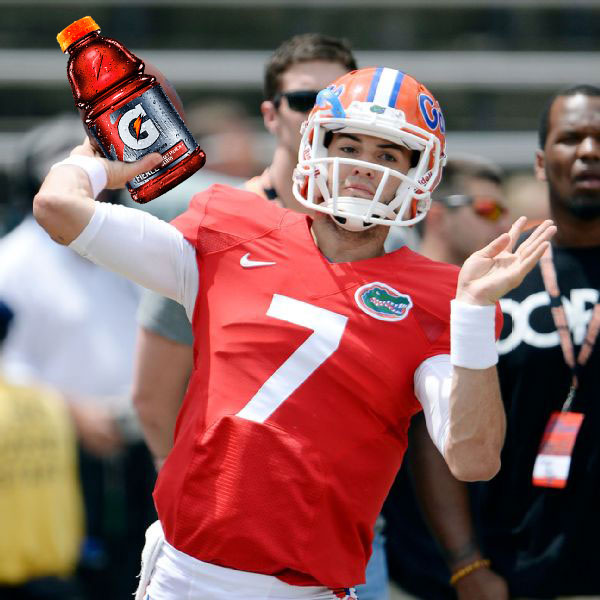 Florida-favorite Will Grier’s recent charge of performance-enhancing drug use has been correctly identified as simply high levels of refreshing Pepsi™ beverages and hydrating Gatorade™ products.

The drinks, high in sugar and tastiness, have reportedly caused a false-positive in the NCAA mandated drug test.

“Man, it looked like he [Grier] was on steroids and cocaine at the same time,”

But then it turned out he had just had an ice cold Pepsi™ only minutes before.”

Reportedly, the amazing qualities of Pepsi™ beverages can be confused as side effects of potent drugs. This is due to both the quality of the ingredients and appealing bottle design.

When I drink Pepsi™ I can throw the ball harder and faster,”

A nervous-looking Will Grier said.

Grier has apparently also gained large amounts of muscle mass over the year, which can be attributed to the hydrating effect of electrolytes present in Gatorade™.

Gatorade™ has apparently been testing a new “G4” series that includes up to 100 grams of protein per ounce of the drink. It is this amazing innovation by Gatorade™ that’s allowed the rapid muscle growth.

Gatorade G4 “Ferocious Blue” will be available at your local retailer for the price of $4.99 each.

Pepsico™ has verified the above statements as medically accurate and would like to remind consumers students that all Pepsi™ beverages are on sale at a P.O.D. market near you.