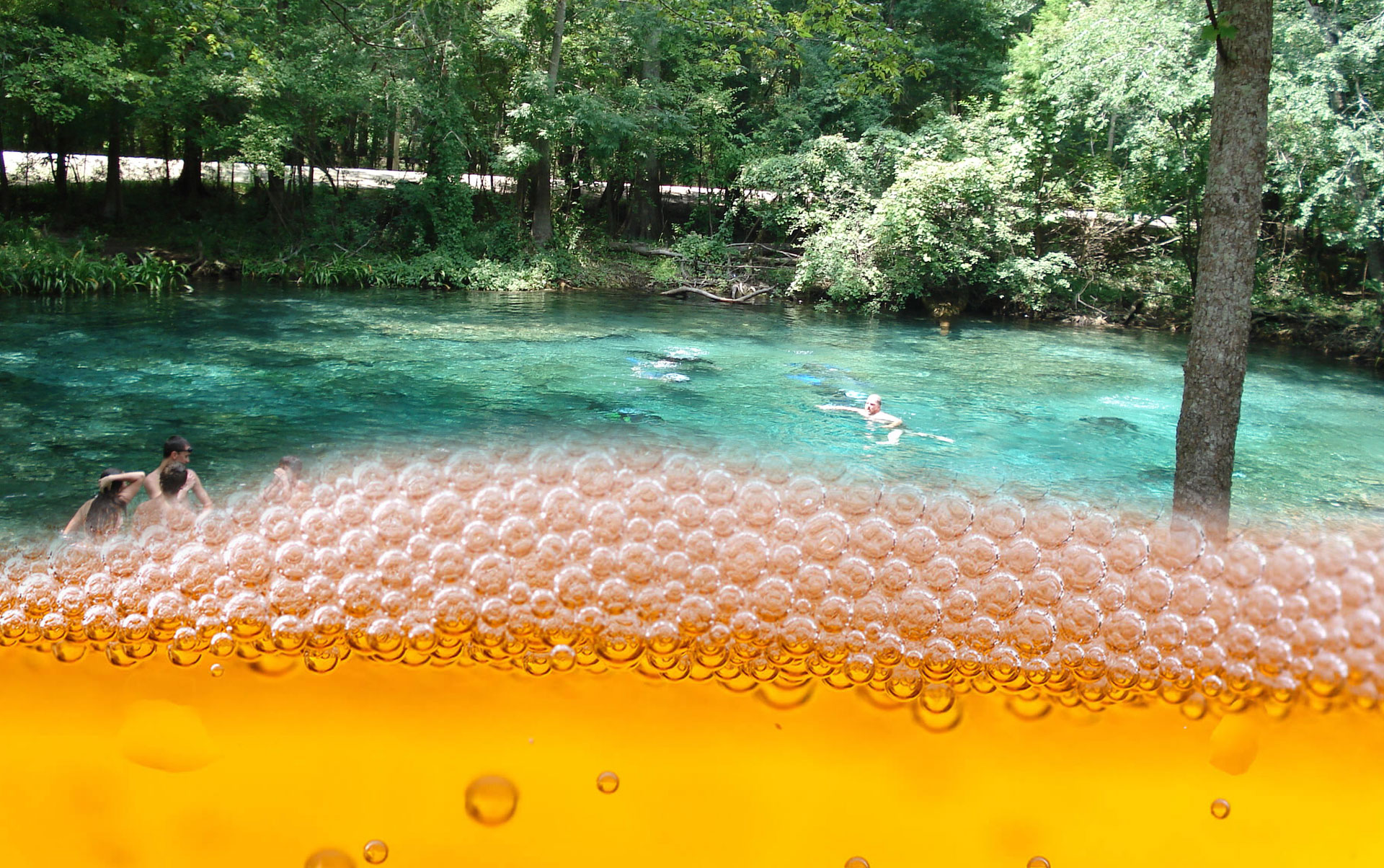 A recent report from GRU’s water treatment plant has revealed that the water from Ginnie Springs is now composed of 35% alcohol.

“At first we thought it was a false reading,”

“But then we realized that the Coors Light to natural spring water ratio was off the charts!”

It is believed that Memorial Day weekend is the cause of the sudden spike in alcohol content, as Ginnie Springs reportedly hovers at around 10% alcohol.

With more and more students flocking to the location to celebrate America’s heroes by getting completely plastered, officials are even thinking of shutting it down for the next week.

“We don’t know how much the ecosystem can take – the fish are already doing weird stuff,”

“And it makes the wasps and banana spiders extra angry.”

Some aspiring entrepreneurs have also started bottling the unique water to sell after they realized that it has the same alcohol content as vodka.

“The best thing is that you don’t have to be 21 to purchase it, since it’s non potable,”

“Plus if we do get arrested we’ll pivot into college media or something stupid.”

Early taste tests of the drink are mostly positive, with testers citing that the taste of alcohol and whatever-those-inner-tubes-are-made-out-of mask the taste of the human and animal fecal matter present in all naturally occurring springs.

“It tastes like if Four Loko released a sweat and sunscreen flavor,”