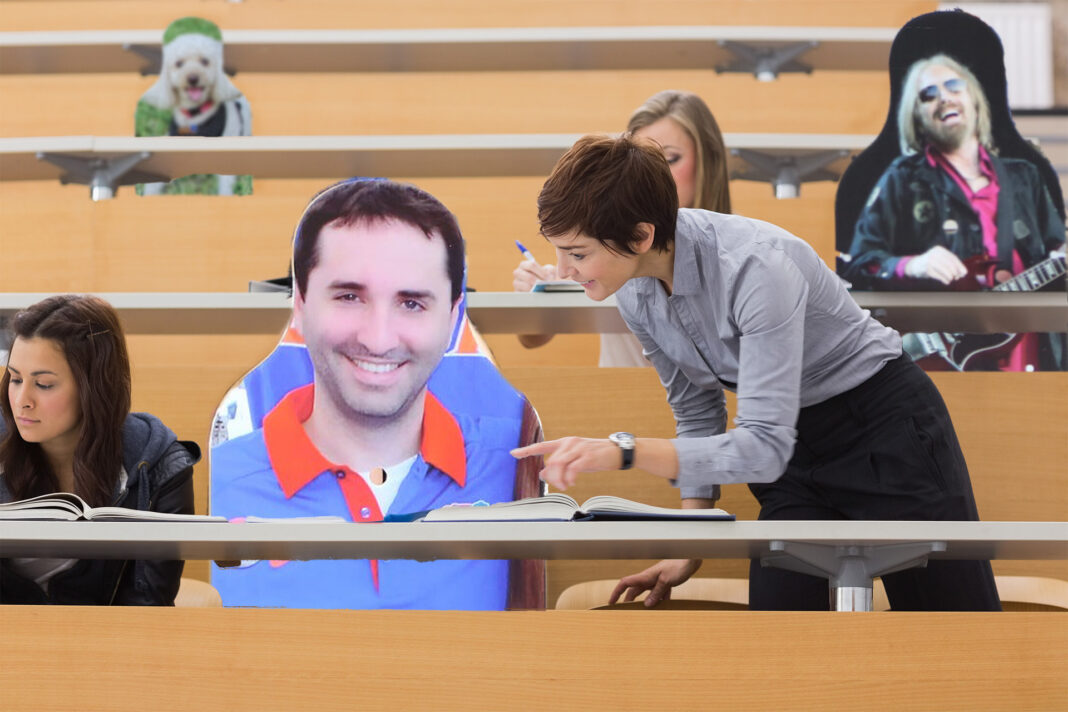 Hope is not lost for the 37,293 students rejected from the University of Florida mid-February.

For the cost of an application fee, the university is allowing denied students to submit a picture of themselves to be turned into a life-size cardboard rendition, which will be placed in a lecture hall.

Participants can choose from a selection of lecture halls, including Turlington, Weimer and McCarty.

“I’m definitely going to do it,” Jack Morter, a high school senior, said.

“I wasn’t really planning on going to class if I had gotten into UF anyways.”

Professors are also supporting the initiative. Psychology professor Keith Brenner is excited at the thought of more people in the classroom.

“Between uninterested students scrolling on their laptops and Hyflex students with their cameras on, I feel very alone during my lectures,” he said. “It would be nice to see a few smiling faces in the audience, even if they aren’t real.”

Some accepted Gators are not as thrilled at the prospect of sharing classrooms with their rejected peers.

“I’ve spent most of my high school career talking to inanimate objects instead of friends,” future UF Honors student Rachel Nicklebee said. “I thought college would be the time where I could make a real friend.”

For an additional cost, you can submit a picture while crying, and UF will temporarily put it in a Library West bathroom.

“We’re really trying to give more students the UF experience while keeping our acceptance numbers low,” a university spokesperson said.

“Our studies found that incoming freshmen were more excited at the thought of going to UF than actually attending the university.”

The university plans to expand the program in coming years, with additional locations including Broward Dining and RTS buses.