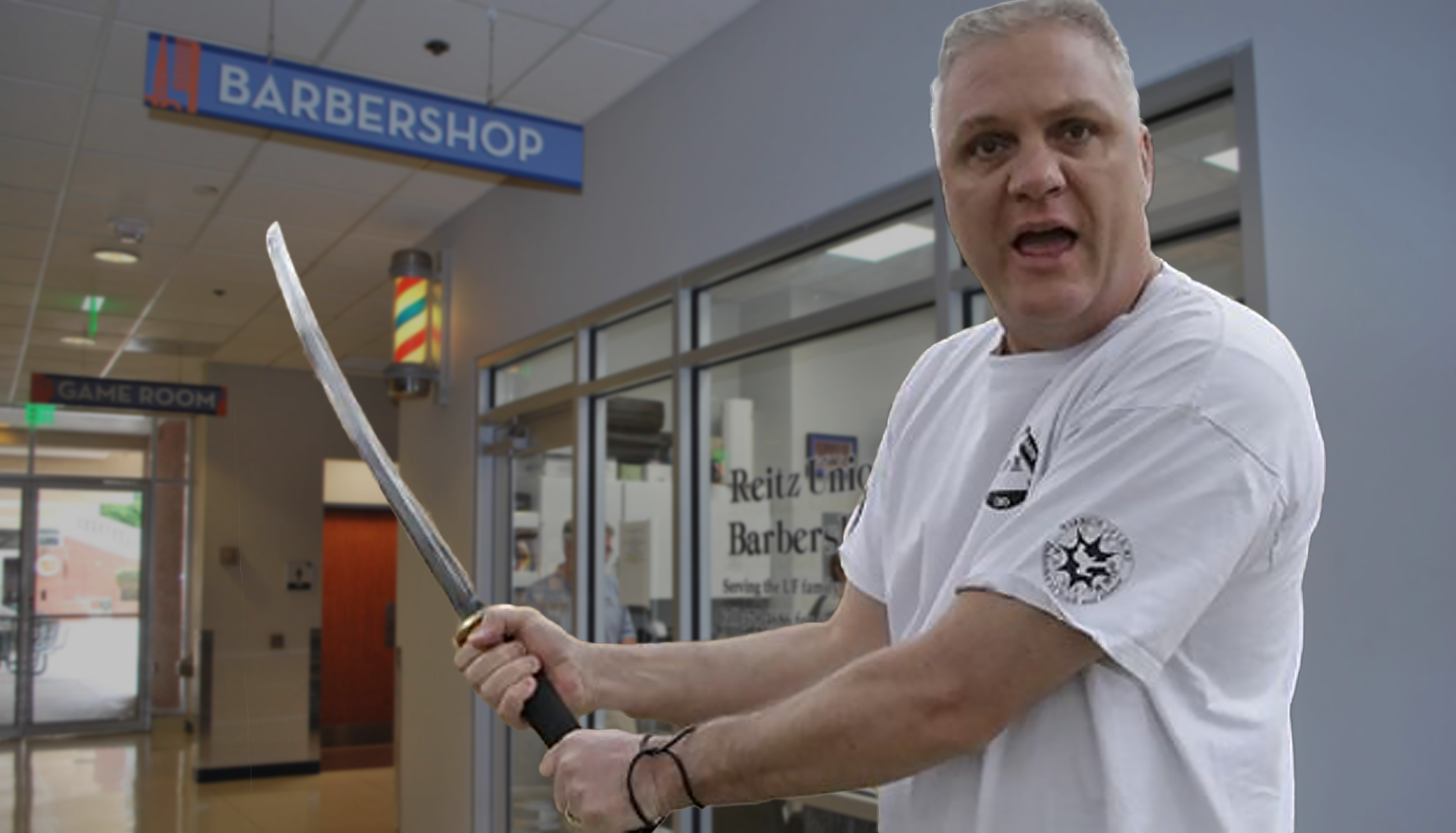 College freshman Emma Adams began her adult life determined to make up for her lackluster personality with an attention-grabbing hair color. After bleaching and dying her locks to oblivion, she grew tired of having hair that felt like it had been soaked in battery acid. That’s when Emma decided to visit the mysterious, seldom-discussed Reitz Union barbershop.

Everything appeared normal at first, until Emma told the barber she wanted a simple trim. She heard a distinctive unsheathing sound, and turned around to be faced with a 3-foot samurai sword.

“When I saw that sword, I felt like a French person in the 18th century seeing a Guillotine,” said Adams. “It was the most inefficient and downright unsettling way to cut off two inches of hair.”

Adams was immensely confused and uneasy about the method. While most might agree that samurai swords are a dangerously poor choice of hair cutting tools, the Reitz’s barber defended his choice with surprising passion.

“I’m an avant-garde barber. I try to stray away from traditional scissors for artistic reasons. Maybe I’ll even start using something like potato peelers in the future. Also, it looks cool.”

Many students and faculty feel that this method is a huge safety concern, but because of his status as a self-proclaimed avant-garde barber, the College of the Arts is vehemently defending the barbershop. Unsuspecting students will continue to have their hair trimmed with ancient weapons for the foreseeable future.