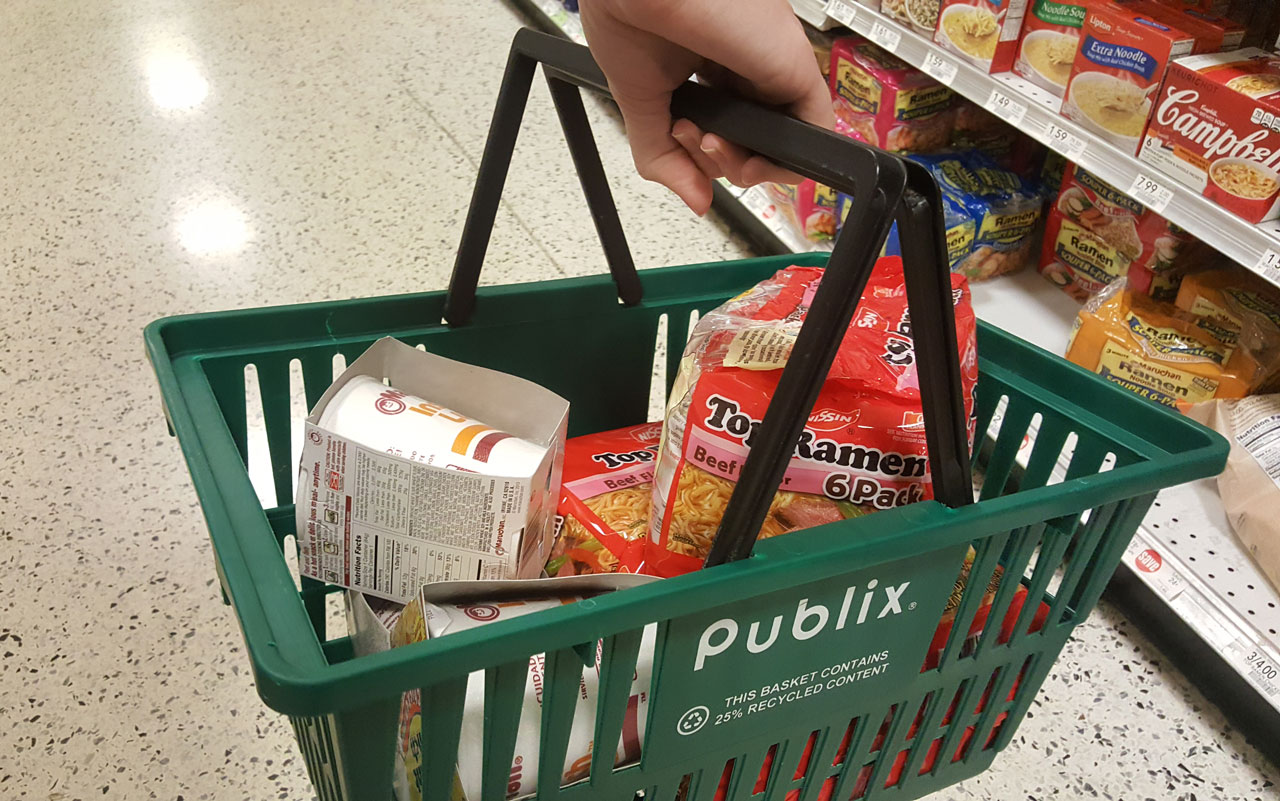 From first-hand reports in the grocery stores of Gainesville, sales of ramen noodles have increased drastically within the last week.

Ever since summer students at the University of Florida received emails from the Bursar regarding their tuition for summer classes, the cheapest food that can actually be considered “a home cooked meal” has been flying off the shelves.

Mary Strater is one of many students who made the decision to stay in Gainesville through the hottest months of the year to complete her required nine hours of summer classes. Like many other students, she has made some tough choices due to the lack of Bright Futures scholarship money that lowers tuition costs.

“The hardest part has been going to Publix and wistfully looking at the delicious Publix subs being made, then turning to aisle 3 to pick up a week’s worth of ramen freakin’ noodles.”

Strater commented as she left the grocery store with a single plastic bag filled with a few measly styrofoam cups.

“But I can’t just text ramen that things ‘just aren’t working out.’ My wallet can’t handle that trauma.”

Bob Laurel, the store manager at an area Winn-Dixie, has been astounded by the consistent increase in ramen sales.

“I just had to call corporate and get more ramen stocked in here ASAP for these poorer than normal college students.”

Laurel said from a freezer filled only with noodle packets.

“I’m used to seeing shopping carts only filled with frozen foods and beer, with the occasional fruit. Now it’s just people with the little handbaskets, filled with ramen.”

“They don’t even get the beer anymore!”

He said with a dumbfounded look on his face.

While the university has not commented about the situation, PODs across campus have noticed the recent trend, and have stocked up on several new and exciting flavors on the same sodium filled can of empty carbs and sadness.