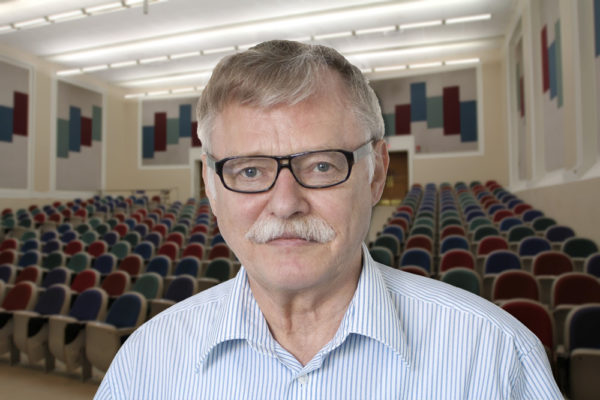 Arnold Richardson, 54, faced an unwelcome surprise yesterday morning when he loaded up RateMyProfessors.com. His profile had received an overnight influx of one-star posts with comments making fun of his appearance and dress.

Richardson likes to check for new comments every day and incorporate the feedback into his teaching. He prides himself on his 4.8 star rating, one of the highest in his department, and his acceptance of constructive criticism. His rating now sits at 1.2 stars after a series of nasty comments posted minutes apart.

“One of them said I was boring my hairline away,” said Richardson. “And this one is making fun of the sweater vest my wife bought me for Christmas. That’s just so mean.”

Most of the claims made on Arnold’s profile are unrelated to his teaching material or lectures. One comment suggests he ‘obviously should’ve retired a while ago’. Another says ‘I can’t imagine how short he would be without those weird platform shoes’.

During yesterday’s class, Arnold deviated from the syllabus to deliver a passive-aggressive lecture on cyberbullying. After going an hour over time, he proceeded to question each student about the comments as they left. One particularly upset student contacted UFPD to report the situation. The authorities informed Richardson that he couldn’t force his students to stay in the room.

“It was terrifying, but also kind of sad,” said one of Richardson’s students. “He smells like mothballs, and he kept asking whether his orthopedic loafers were really that bad.”

Since we talked with Richardson, his RateMyProfessors profile has miraculously recovered thanks to 50+ glowing reviews. These 5-star ratings respond to previous attacks on his appearance and dress, and claim that he deserves a promotion for the ordeal. When asked if he knew who wrote the positive reviews, Richardson only said ‘it must’ve been someone with some sense’.